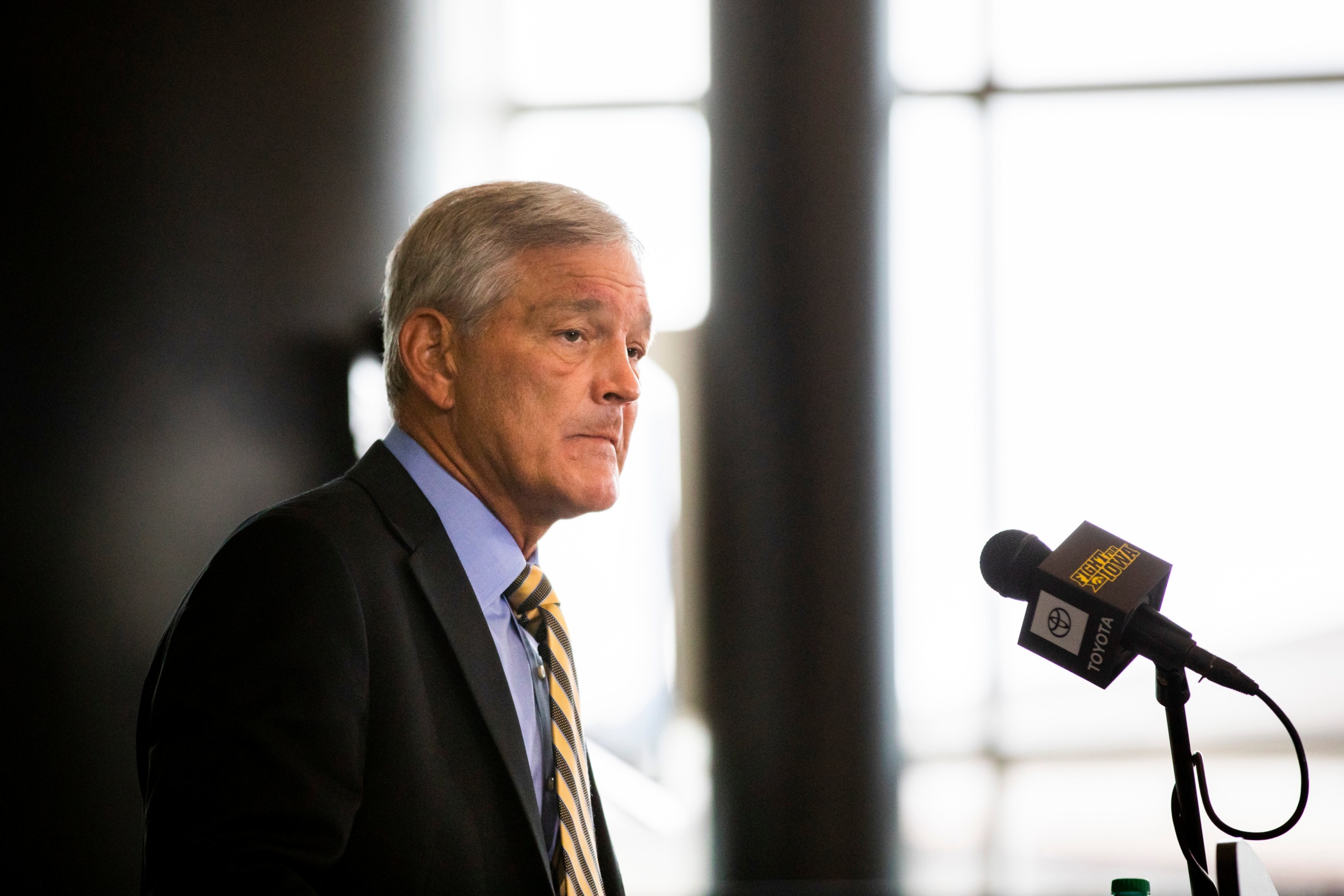 A report on Iowa’s football culture found that Black players often felt there was a disparity in how they were treated compared to others, confirming accusations of racism in the program brought forth by former players in June.

Conducted by the law firm Husch Blackwell, the external review included conversations with 74 current and former players, and concluded that “the program’s rules perpetuated racial or cultural biases and diminished the value of cultural diversity.”

“Players and coaches uniformly agreed that the Iowa football program is based on a foundation of discipline and accountability,” the 28-page report says. “Several current and former players shared the view that some coaches have used those values to create and perpetuate an environment that bullies and demeans athletes, especially Black athletes.”

The review also found that the program generally “over-monitored” players, citing examples like players wearing sleep bands that sent data to strength and conditioning staff to review daily. One coach said that if players slept poorly for multiple nights, they would be “called out” in front of the team and that the player “would be in trouble.”

“Many players described having to wear sleep bands to track their sleep, which they said was a very negative experience and caused ‘lots of anxiety,’” the report reads.

Another theme of the conversations with players was the feeling that Black players were treated differently than white players “through differential punishment for perceived rule violations.”

“One of the coaches confirmed that there is a feeling among Black players that, although the rules are the same, there are disparities in the impact of the rules,” the report says. “This coach told investigators that he brought the treatment of players up to Head Coach Ferentz a couple times over the last four years with no resulting change.”

“Numerous” people also said that there is a concern that Black players get drug tested more frequently than others. In response, Athletic Director Gary Barta told the investigators he was made aware of such complaints in June 2020 and has started a review of the department’s testing protocols.

As a result of its finding, the review recommends that the university work with Barta and head coach Kirk Ferentz to “create action steps aimed at improving the culture of the program, eliminating biases, encouraging student-athletes to report concerns of mistreatment.” It does note, however, that those interviewed agreed that the program has been quick to make positive changes since early June. It also says that most players “commented positively” about Ferentz.

“This Review brings us face-to-face with allegations of uneven treatment, where our culture that mandated uniformity caused many Black players to feel they were unable to show up as their authentic selves,” Ferentz said in a statement shortly after the report’s release. “This has been a moment of truth for me. The release of this independent review is not the end of the conversation, it is the beginning of the next chapter in our program’s history.”

The school dismissed strength and conditioning coach Chris Doyle in June after the accusations emerged. Barta said Thursday that no other personnel changes are planned in light of the report.