Despite the unprecedented amount of action in recent months, sports television ratings have suffered mightily from the three P’s: politics, protests, and the pandemic. NFL average viewing audiences are down 6% year-over-year. The 2020 World Series was the least-watched Fall Classic on record, with the six-game series averaging 9.8 million viewers on Fox. This year’s NBA Finals plateaued 50% compared to the 2019 edition.

While most of the leagues in the U.S. have seen drops in their TV viewership, Professional Bull Riders has emerged as one of the few sports properties that has seen success.

PBR on CBS has seen an 8% increase in viewership year-over-year and is riding that momentum into its season-ending event, the 2020 PBR World Finals from Nov. 12 to 15 at the Dallas Cowboys’ AT&T Stadium.

Like any organization, the coronavirus pandemic forced PBR into a difficult position — but one that required little to no thinking, said CMO Kosha Irby.

“At the end of the day, we were faced with two options, and one of them was just not an option,” Irby said. “Those two options were: we either kind of tuck it and go home and wait for someone to tell us what to do, or we can forge our own path and try to create a set of protocols that allow for our riders, stock contractors and crew to continue earning a living. Our leadership team decided that we were going to try to forge our own path.”

Irby’s role in that largely dealt with handling fans’ driveway-to-driveway experiences — from when they leave their homes to the moment they arrive at an event.

In its attempts to reach its at-home fanbase, PBR wound up creating bubble-like settings across the U.S. PBR was one of the first U.S. sports properties to return to play when it hosted the two-day PBR Las Vegas Invitational in Guthrie, Okla., from April 25 to 26.

Less than three months later, another bubble was established in both Las Vegas and Sioux Falls, S.D., for PBR’s newest event: The Monster Energy Team Challenge. Running from June 5 to July 12, the series saw 48 professional bull riders compete in a bubble-like format at South Point Arena in Las Vegas before the championship weekend was held in Sioux Falls.

It was also the first U.S. sporting event to host fans during the pandemic, operating at 50% capacity. Fans were required to sit in pod seating with masks on. 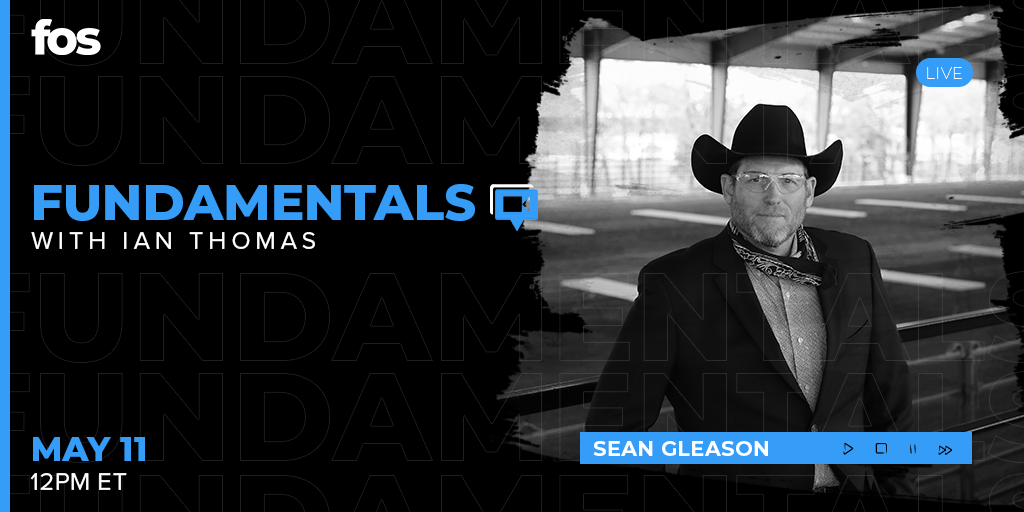 Welcome to the latest episode of Fundamentals with Ian Thomas, a Front Office Sports interview show featuring leading operators and voices of the sports industry. Today’s guest is Sean Gleason, who has served […]

“It really wasn’t about being first. It was about keeping our athletes and our business moving forward,” PBR CEO Sean Gleason said. “The biggest accomplishment for PBR and the PBR team was not just completing the season, but also completing the last 10 events in front of fans.”

Irby believes that PBR’s experimentation played a big role in its better-than-expected 2020 campaign. Since the COVID-19 outbreak shut down sports in mid-March, PBR has held 17 event weekends, 10 of which featured fans.

September saw two PBR on CBS programs finish second on television in terms of viewership for the month, behind only NFL games. On Oct. 18, PBR on CBS attracted an average of 1.9 million total viewers, its most-watched broadcast this season.

“Those stats alone show me that that bet we made over the summer is now paying off and it’s giving us a runway to have a growth year when other leagues are down,” Irby said.

PBR’s success during an otherwise bleak sports year is of no surprise to Allen Adamson, marketing consultant at Metaforce and professor at NYU’s Stern School of Business.

While virtually every U.S. sports league deals with competition — both domestically and internationally — there is no other league that can challenge PBR in its space.

The lack of competition, Adamson says, played into PBR’s advantage by allowing it to dedicate its attention solely to its fanbase.

“The more focused the brand is, the stronger the brand,” Adamson said. “They are focused on such a niche sport. If I want to watch bull riding, there’s not 14 channels to choose from — there’s only one choice. I think part of their success is the fact that they are so focused and so niche in both the sport and their audience.”

“They have the benefit of knowing exactly who their audience is and can speak to them almost one-on-one, which will make them more authentic and powerful with that group,” he added.

Near the close of the 2020 season, Irby sees many of PBR’s experimental projects carrying over to 2021. There will be a continued effort to make the league more accessible with its sportsbook, which launched earlier this year. It will also dive deeper into virtual experiences, which could allow it to sell seats without people necessarily having to physically sit in them.

“I use this quote with our staff all the time — it’s cowboys doing cowboy things,” Irby said. “What I mean by that is a true cowboy looks at an opportunity, a challenge and says, ‘I’m going to take it head on. I’m not going to run away from it.’ I hope fans will remember that in 2020, PBR was the last sport to shut down, and it was one of the first to get back up and running and we did it in a safe manner.”