Editor’s Note: This story has been updated since its initial publishing.

Under normal circumstances, sports fans worldwide would likely still be talking about some of the performances at the Tokyo 2020 Summer Games.

But with the event being delayed until July 2021 due to the coronavirus pandemic, the Olympic Games is using its OTT platform, the Olympic Channel, to ensure that fans stay connected with the competition.

As of September 2020, the Olympic Channel website and apps have seen a 154.8% increase year-over-year in organic growth. Its returning monthly users has also risen 65% during that same period.

Without this summer’s live events to lean on, Olympic Channel General Manager Mark Parkman says that the Olympic Channel has experimented with archival footage and adding live commentary to it.

When ESPN broadcast the Michael Jordan and 90’s-era Chicago Bulls-focused documentary series “The Last Dance,” the Olympic Channel streamed “The Dream Team” games from the 1992 Summer Olympics and had live commentators reflect on it in real-time.

Even with the postponement of Tokyo 2020, the Olympic Channel has grown immensely since the Rio Games. Over time, the platform has garnered more than 3.3 billion video views on all platforms, which include 175 territories with linear distribution partnerships.

Of the Olympic Channel’s more than 10.4 million social media followers, nearly 75% of those who engage with the content are under the age of 35.

The concept of an “Olympic Channel” dates back decades, Parkman said. When current president Thomas Bach became an International Olympic Committee member in 1994, he made a speech pushing for its creation.

The rationale was relatively simplistic: create a platform for the Games and its athletes even outside of the dedicated competition windows. 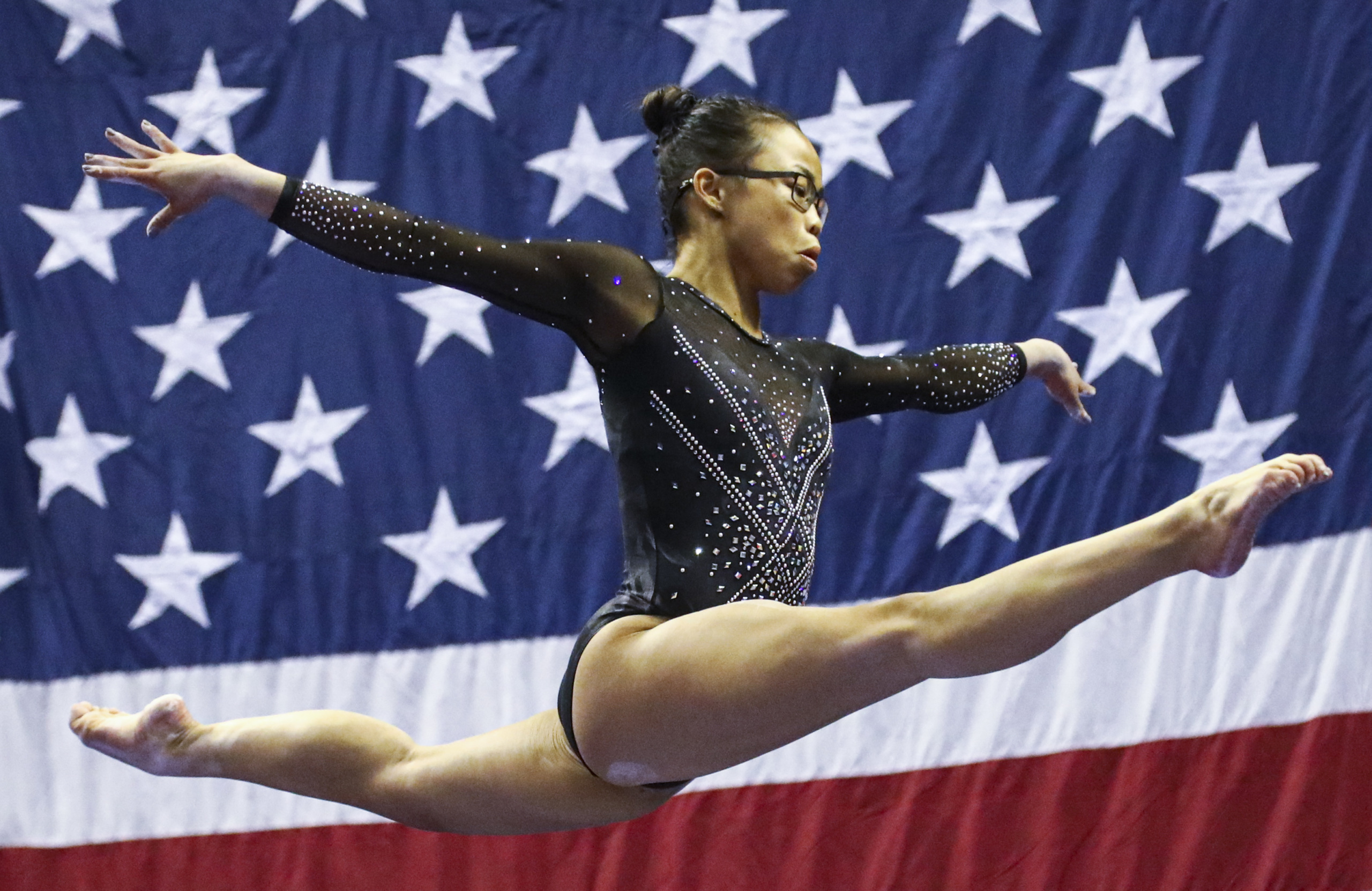 As the coronavirus pandemic rampaged the country and forced non-essential businesses to shut down, First State Gymnastics put out a plea to their customers on their social media pages: please […]

“It was about trying to reach the Olympic fans and give more prominence to the Olympic athletes in the time between the Games,” Parkman said. “The Olympic athletes compete in the games every four years, but during those other three years, they’re doing their thing with their international sports competitions and they’re still competing at the highest levels. What we wanted to do was give an outlet 365 days a year, 24/7 to tell those amazing stories of all these elite athletes, as opposed to some of them just getting the worldwide attention when the games came around.”

In 2016, the Olympic Channel officially came to light. Parkman attributes the decades-long delays to its partnerships with its rights holding broadcasters.

NBC has held the American broadcasting rights to the Summer Olympics and Winter Olympics since 1988 and 2002, respectively. In 2014, NBC agreed to a $7.75 billion contract extension with the IOC to air the Olympics through the 2032 games.

Ahead of the 2014 Winter Olympics, Parkman says that part of Bach’s agenda as the newly appointed IOC president was to create the Olympic Channel. Parkman and his team were tasked with putting together a successful feasibility study that was approved by the IOC’s executive board in 2014.

While Parkman recognizes the avid followings of many Olympic sports, many struggle to have worldwide relevance. To address this, the Games began partnering with the IOC’s numerous federation members on responsibilities ranging from transmitting live events to creating original content series.

One of those early partners was the U.S. Ski & Snowboard Association, which in Dec. 2016 inked an Olympic Channel content and distribution partnership deal ahead of the 2018 PyeongChang Olympics.

“The Olympic Channel launch is yet another opportunity to provide more value to our fans by connecting them with a new media outlet to showcase our athletes who are striving to be best in the world in Olympic skiing and snowboarding,” USSA Chief Marketing Officer Michael Jaquet said in a statement upon the announcement.

Through a partnership between NBCUniversal, the IOC and the U.S. Olympic Committee, the U.S. linear channel, “Olympic Channel: Home of Team USA” serves as a complement to the IOC’s own Olympic Channel, which is available globally.

The IOC’s Olympic Channel is available on OlympicChannel.com and its accompanying apps for mobile devices and connected televisions.

Another federation that has seen increased exposure due to the Olympic Channel is the International Automobile Federation, which was provisionally recognized by the IOC in 2011 and granted full recognition in 2013. The Olympic Channel announced a formal partnership with the FIA in January 2019.

Since Rio 2016, the Olympic Channel and its 95 partner federations have broadcasted more than 5,400 live events and created more than 76 original content series that equate to roughly 1,000 episodes. Many highlight the irreverent side of the Olympics and its world-class athletes.

One show, “Anatomy Of,” breaks down the makeup of Olympic athletes’ bodies and what makes them the best in their sport. Another series, “Sports Swap,” shows Olympians swapping sports with one another and the viewer getting to watch how they perform.

Not every Olympic Channel series is focused on athletic feats. “Camps to Champs” profiles Olympians as they travel to refugee camps worldwide to witness firsthand how their sport has affected the lives of the displaced.

The OTT platform’s premier documentary series, “Five Rings Films,” was done in conjunction with Hollywood producer and Olympic fan Frank Marshall as he remembers the 2004 Argentinian men’s basketball team that beat the United States enroute to winning the gold medal.

On top of Tokyo, Parkman’s attention has already turned towards Beijing 2022, which will be taking place six months after. It will be the first time that both the Summer and Winter Olympics will be occurring within a 12-month span since 1992. The Olympic Channel has already formulated some content ideas that will be ready in the short window between the Tokyo and Beijing Games.

“It’s going to be a challenge for everyone because of that tight timeframe and trying to look at ways to economize and synergize and see what can be done that would benefit both games,” Parkman said.

While both the Tokyo and Beijing Games appear to be in the distant future, Parkman says that the Olympic Channel will be important in tiding fans over after the disappointment lingering from this summer’s postponement.

“It’s a way to ensure that over the next year, we’re continuing to tell all these great athletes stories and build up the excitement for what should be probably one of the most anticipated games, I think, of all time,” Parkman said.