While Ohio State’s football stadium has remained dark so far this year, the Friday night lights have shone bright at high school stadiums across Ohio. High schools statewide have forged ahead with a season while the Big Ten postponed, and teams like the La Salle Lancers are entering round three of their 2020 season playoffs on the same weekend the Big Ten kicks off.

The pandemic has affected Ohio high school football and FBS football rather similarly, as both face financial burdens regarding safety equipment and enhanced precautions, as well as frequent outbreaks impacting games. And from mask mandates for coaches to a ban on tailgating and modified schedules, even the games will look alike.

But Ohio high schools have been playing football for more than two months, giving La Salle the opportunity to defend their 2019 Division II championship title. “Our football games and schedule have changed dramatically from normal seasons,” wrote Brian Meyer, La Salle’s athletic director, in an email to Front Office Sports at the beginning of the season.

In fact, Ohio is one of the few states where high school, college, and NFL teams will play this fall. Other states, like California and North Carolina, have punted on fall high school football. Ohio is also one of the states currently seeing a rise in COVID-19 cases.

High schools are continuing to play during the outbreak, while Ohio State and the Big Ten begin their season.

On Aug. 18, Ohio Gov. Mike DeWine announced that high school sports competition would be allowed this fall, and the organizations began to collaborate on how to get a season going.

“The key thing was, what can we do to make these environments as safe as possible, and hopefully safer than the environments students would be going to if they weren’t playing sports,” Rugg said. “There were a lot of moving parts right up until the end.”

Unlike college and professional sports, Ohio high school football players have no testing mandate. However, the OHSAA and local health authorities set a slew of safety guidelines: coaches must wear masks at all times, players can’t share towels or clothing, and the sidelines have been expanded to allow for social distancing. If possible, schools also provide separate designated areas for officials. 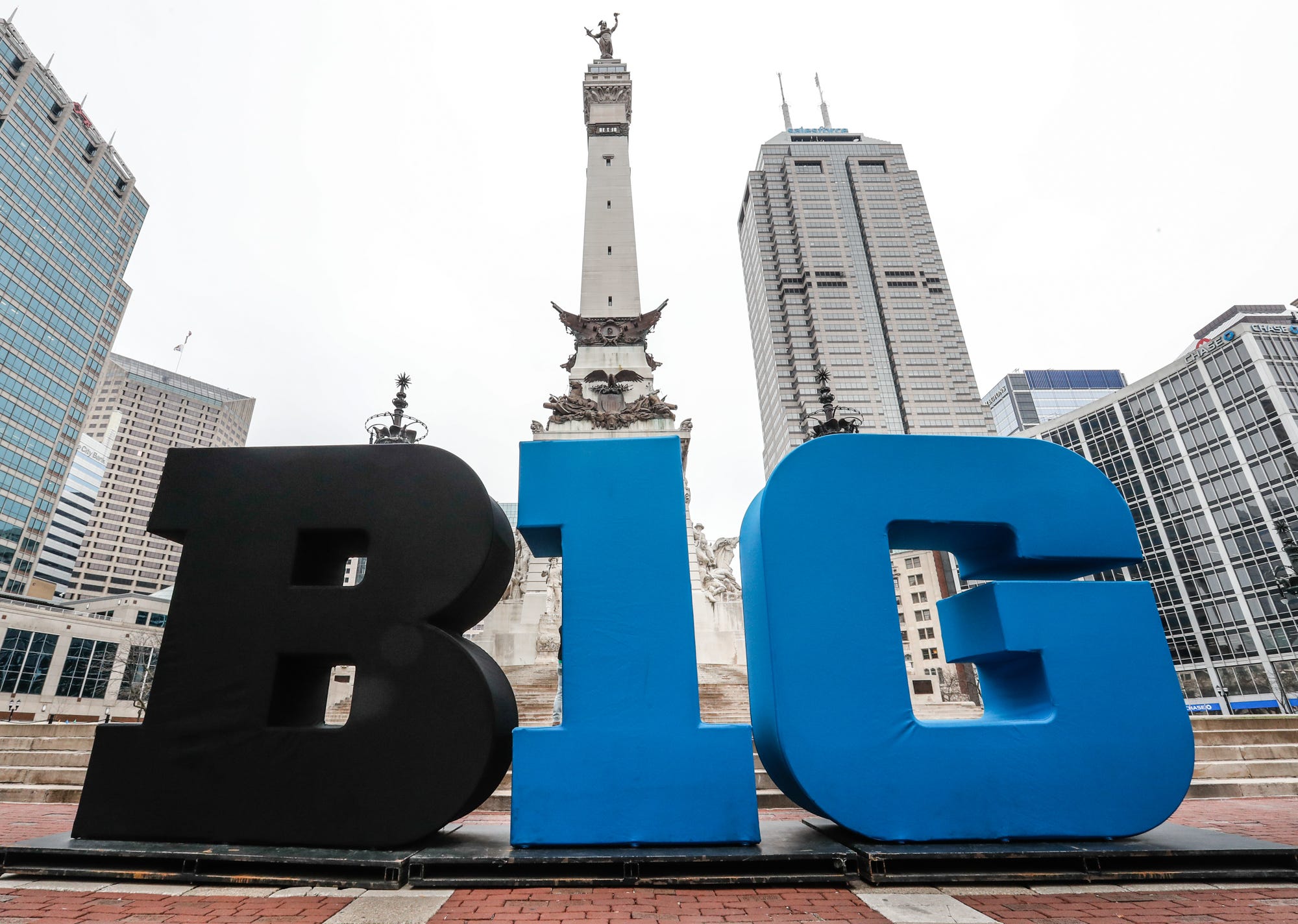 The Big Ten had originally postponed its season on Aug. 11. due to concerns regarding myocarditis and lack of testing.

And though there’s no testing, players must sit out if they’ve tested positive or have come into contact with a positive case. Coaches, athletes, and spectators also complete symptoms checks. Like in the Big Ten, high school athletes may only return from quarantine if they’ve undergone cardiac screening.

In the stands, marching bands and pep bands only perform at their own home games, and signage promoting social distancing peppers stadiums across the state.

Unlike the Big Ten, which won’t host general admission fans, Ohio’s high schools host up to 15% of their usual fan stadium capacity — though those fans must wear masks and keep six feet of distance throughout games.

Rugg noted how impressed he was at the beginning of the season with how quickly and successfully schools he visited had implemented safety guidelines.

But the measures haven’t completely prevented outbreaks among teams or been universally followed by all schools. Multiple teams have had to cancel games due to outbreaks, according to local reports. And each week, the OHSAA sends observers to games to check whether schools are complying with guidelines — an update on Oct. 8 said observers found widespread flouting of the masking and social distancing rules across all fall sports.

“If improvements are not made, we may not be able to continue with our seasons because the coronavirus is going to spread due to our administrators, coaches and student-athletes not following the mandates required by the Governor,” OHSAA Executive Director Doug Ute said in the document. “I can’t stress enough to everyone involved in our sports programs that we all must do our part!” 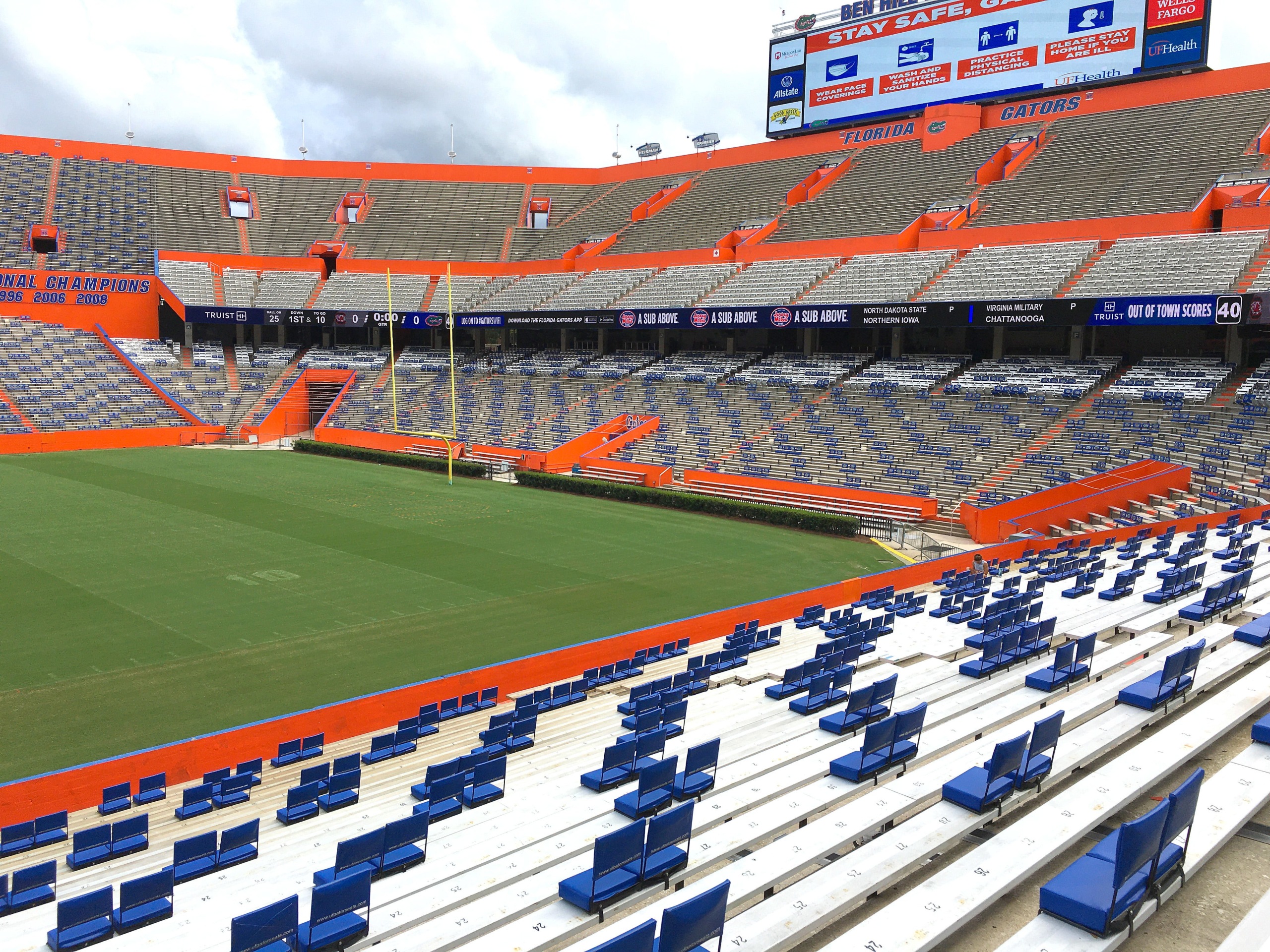 And unforeseen circumstances, like weather delays, pose problems for following safety guidelines even if schools are trying to comply, Rugg said.

Off the field, athletes are encouraged not to attend social gatherings like parties — similar to those in college, where some football outbreaks have been traced to out-of-sport activities. “It is hard to tell young men to keep their friends away, but I hope they understand that this small sacrifice could be the difference in completing the season or having it cut short,” Meyer said.

Just like in college athletic departments, popular high school football teams in Ohio make money from local sponsorships and ticket sales. But the lack of fans at games — and extra cost associated with safety guidelines — have proved difficult both for individual programs and the OHSAA.

The cost of playing football this season mirrored that of many FBS football teams. Meyer said he would normally sell tickets for sold-out crowds of 6,000 fans, and now can’t have more than 900. He’s spent more than $2,500 on banners and signage to promote safety and additional equipment, like touchless water distribution.

The OHSAA also makes 80% of its championship tournament revenue off ticket sales, which will be drastically cut this year, Rugg said. Though he added that state funds have shouldered the cost of the inspector program.

For both college and high school football, games will go on. On Oct. 23, La Salle will face off against Stebbins High School and continue on the road to defending their title. “We keep emphasizing to the kids what they need to do to protect themselves and their teammates so we can complete our season,” Meyer said in a recent update, but added that the season was “going well” so far.

This year, coaching duties extend beyond developing athletes on the hardwood — they now have to help develop their business acumen, too.

Conference USA has to either add members of its own, or risk being picked apart by the vultures circling above.

The AAC saved itself — but in the process, it may have just killed Conference USA.

The face of women’s college basketball may not be rushing into NIL. But she ranks near the top of multiple NIL valuation lists.