Without Fans in Stands, Sports Missing Vital ‘Soundtrack’ This Year 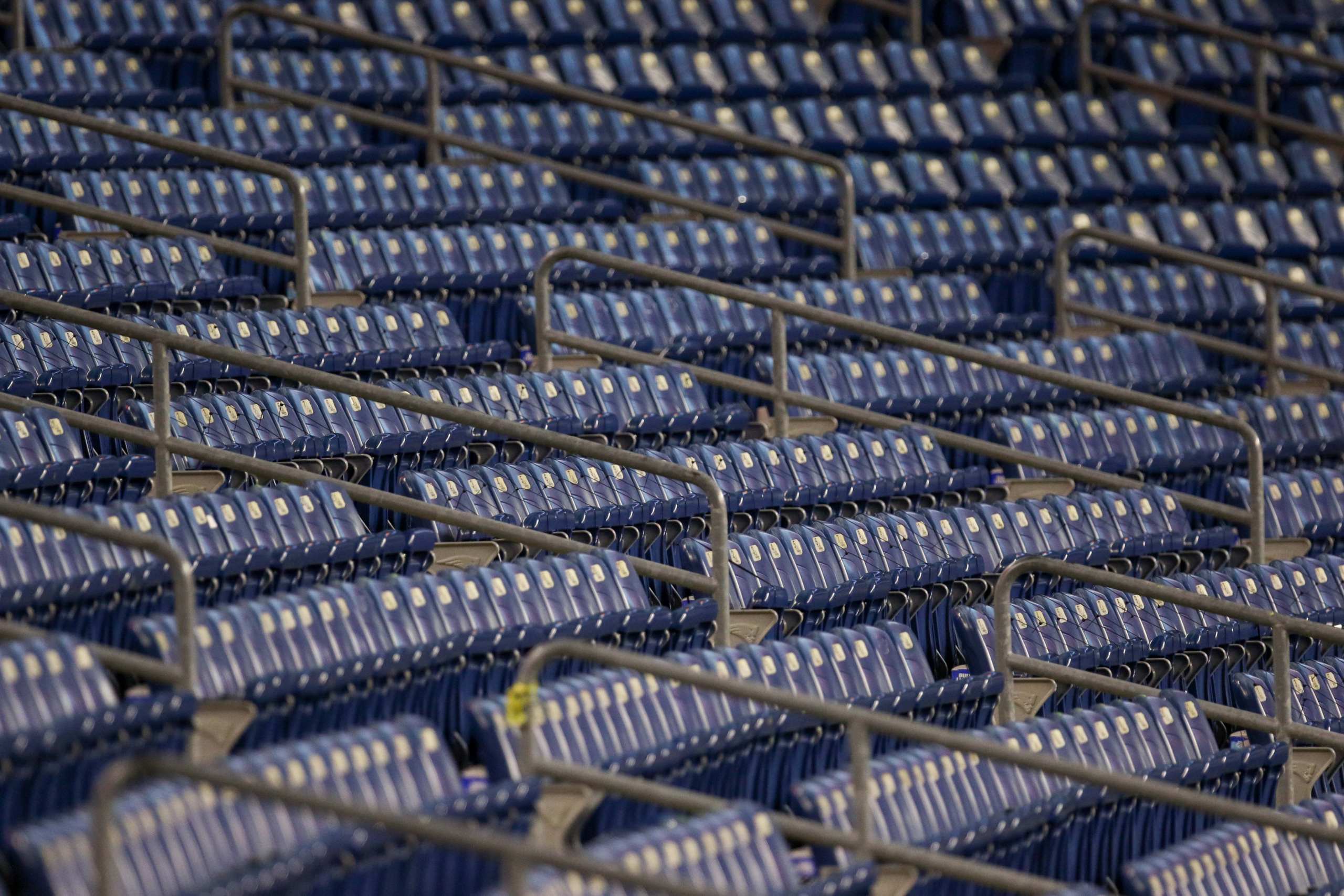 Due to the COVID-19 pandemic, Shulman was faced with the daunting task of remotely calling the Toronto Blue Jays regular season and MLB postseason for Sportsnet and ESPN.

Sports TV and radio announcers like Shulman feed off the energy of fans, modulating their play-by-play to the background vocals of the live crowd. He worried he’d sound “foolish” on a remote home run call with no crowd noise behind him.

Sure enough, Toronto’s Cavan Biggio belted a homer Opening Day, leading the team to victory. As soon as he got home, Shulman immediately fast-forwarded the tape to the 5th-inning blast to see how he sounded on the call. A relieved Shulman gave his call a thumbs-up.

“It was on my mind quite a bit the first couple of days,” he said. “It was just me and the analyst and a statistician sitting in a studio looking at monitors. By day three, it kind of felt normal, as weird as that sounds. You just get caught up in the game.”

So goes the often surreal world of sports TV and radio in a world dealing with a pandemic.

With no, or relatively few, fans in the stands at most events, the vibrant soundtrack of live sports is largely missing for the first time. That has forced directors, producers and on-air talent to work with what they have.

ESPN and CBS went out of their way to offer new bells and whistles during the 2020 Masters Tournament, from an on-site telecast of “College GameDay” to high-tech drones. But there was one missing ingredient impossible to replace: the famed roar of the crowds at Augusta National Golf Club.

Due to COVID-19, there were no spectators allowed at Augusta this year. Defending champion Tiger Woods, who fed off the crowd to capture his fifth green jacket last year, ended up tied for 38th place, 19 shots behind winner Dustin Johnson.

“It certainly is much different without patrons. The electricity is just not there,” Woods told ESPN’s Tom Rinaldi.

To fierce competitors like Woods, the cheers, boos and heart-broken moans of live fans is the sweetest music in sports.

When Woods dropped his tournament-clinching putt at hole No. 18 last year, CBS’ Jim Nantz and Nick Faldo were smart enough to go silent on-air for nearly three minutes. They let the pictures of a crying Woods hugging his family tell the story.

With teams literally and figuratively playing to an empty house, both players and sports commentators have struggled to replace the electricity generated by live crowds.

How has the lack of fans changed sports media coverage? Let’s start with player performance.

Early in the NFL season, NFL Network’s Colleen Wolfe noticed players look for cheering fans in the stands after scoring a touchdown. Only to remember nobody was there — except some cardboard cutouts.

“It’s super-bizarre and weird,” she said.

As somebody who also feeds off the energy of the crowd, Wolfe is disappointed they’re not doing the “Thursday Night Football” pregame show from stadium parking lots.

“I don’t get to see [Las Vegas] Raiders fans dressed up like crazy, everybody painting their faces, wearing pads and just doing strange things,” she said. “That’s part of what makes the game fun. That’s part of the entertainment: the fans. We don’t get that this year. And it kind of stinks.” 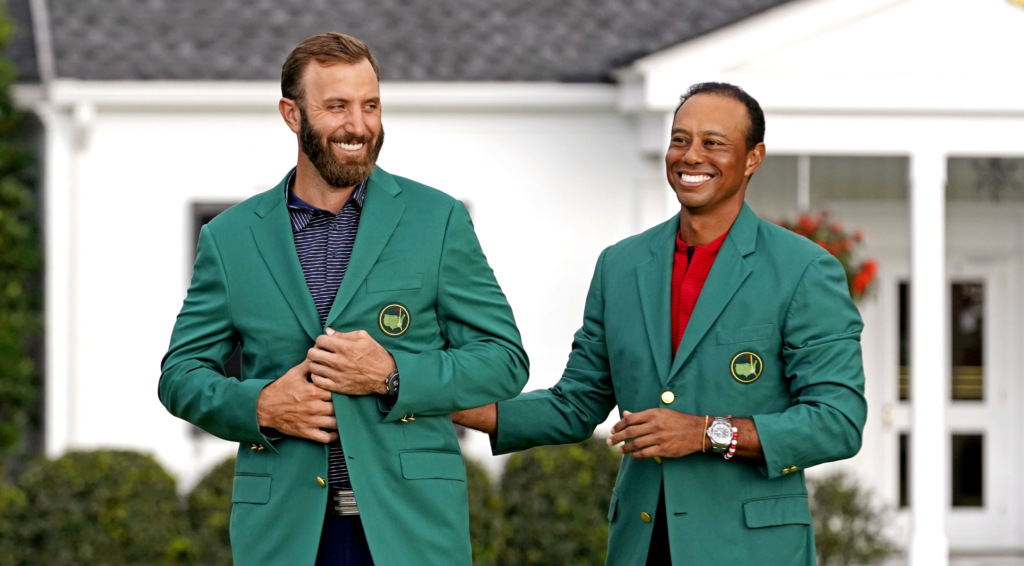 Some famous tracks like Talladega Superspeedway allowed a limited number of masked fans this year.  Even if these tracks were nowhere near capacity, the small crowds were better than none for drivers, Earnhardt said.

“They work for three and a half hours to win that race and they get out of the car — to nothing,” said the two-time Daytona 500 winner. “It is the strangest feeling for them to climb out of the car right there on the flag stand or the finish line, to get the checkered flag and wave it to nobody.”

Over in the Premier League, the lack of fans in the stands has helped scoring skyrocket this season, said NBC’s Rebecca Lowe.

The always rabid Premier League spectators keep defenders and goalkeepers “on their toes,” Lowe said. Without their support, defenders are less focused this season.

Conversely, she said, the lack of crowds helps strikers. They don’t have opposing fans in the stands to jeer their missed shots, making them more aggressive on the pitch. 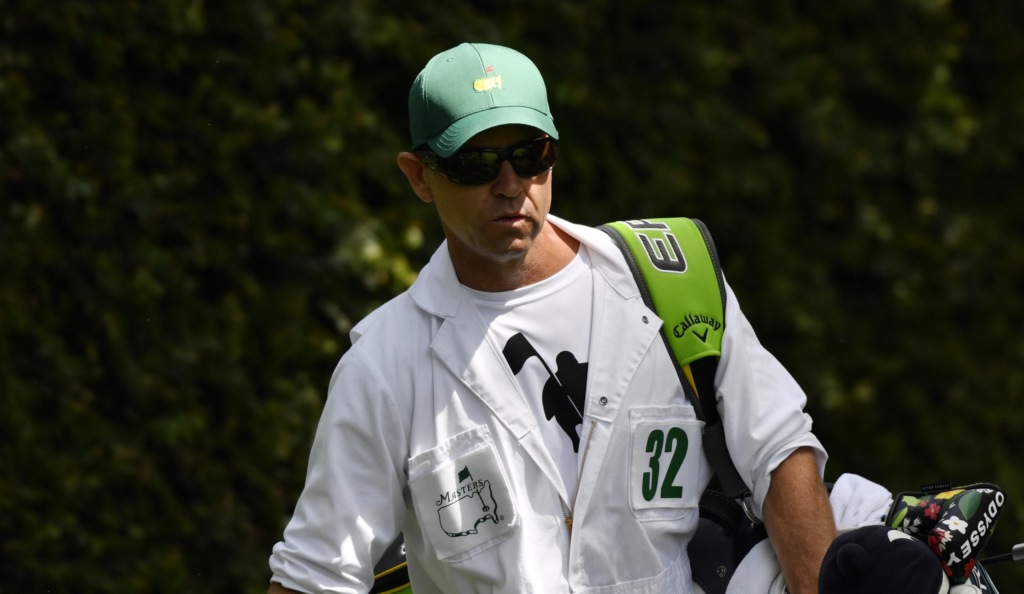 At this year’s Masters, The Caddie Network is increasing its podcast coverage,…

“If you miss three chances, you’re not getting the crowd on your back now,” Lowe said. “Which means the confidence level of the strikers stays high — and they score on the fourth chance.

Duke’s basketball season will not feature “Cameron Crazies” to heckle Blue Devil opponents at Cameron Indoor Stadium this year. Over the past five seasons, Duke’s record is 75-9 at home. A Cameron with no crazies could negate the biggest home-court advantage in college sports.

During the recent Masters, confused golfers hitting approach shots to elevated greens had to ask TV camera operators if their shot was in good shape.

Because Augusta National was missing the 40,000 to 50,000 “patrons” whose reaction tells competitors all they need to know. During interviews with CBS, ESPN and Golf Channel, multiple golfers said the lack of fans negatively impacted their performance.

The same challenges impact the logistics of announcing and covering games.

Few TV shows depend on crowd antics more than the popular “College GameDay.” Without the usual backdrop of cheering college kids waving their banners, the show is not the same this year.

ESPN analyst Kirk Herbstreit loves the pomp and pageantry of college football. But calling BYU vs. Navy at Navy-Marine Corps Memorial Stadium on Labor Day weekend was a weird experience from start to finish, he said.

“It was just so strange to pull your car right up to our TV compound, park your car, get out. Nobody’s yelling, nobody’s tailgating,” Herbstreit recalled. “Walk right into the stadium, call the game, walk right back to your car, drive to your hotel and you’re back to the hotel in three minutes. It was just the strangest experience. During the game, you kind of do your job and you don’t really think about it. But coming in and leaving, it’s surreal.”

Still, things are looking up for football announcers as more stadiums admit fans.

When Fox NFL analyst Jonathan Vilma called his first game this season, there were zero fans in the stadium. “They pumped in some music to try to make it seem a little lively. When we walked into the stadium, it was definitely different,” noted the former linebacker.

Now that more NFL stadiums are allowing some fans, commentators are becoming acclimated to more “crowd noise in the background,” Vilma added.

Play-by-play announcers who call games remotely might face the toughest challenge. Not only is there no live crowd to play off of, they’re also calling the game via TV monitors, hundreds or thousands of miles from the live action.

Shulman, for example, called Blue Jays’ games for Sportsnet from a studio across the border in Buffalo. Then the Canadian announcer called 24 MLB postseason games on ESPN Radio from a studio in Bristol, Conn., including the Los Angeles Dodgers’ World Series win over the Tampa Bay Rays.

After his early concerns about remote announcing, Shulman quickly figured out the drill.

“Eventually your experience and your muscle memory takes over. And a home run is a home run, a walkoff is a walkoff and a strikeout is a strikeout. After the third or fourth game it felt fairly normal. We were kind of in a rhythm,” he said. “But I’m sure if you were standing in the back of the studio just listening to us, I don’t know what your impression would have been. Because it’s two guys yelling in a studio. At times, it calls for that.”

By the end of the “insane” finish of Game 4 of the World Series, Shulman “ran out of voice” because he was yelling so much.

Still, this baseball season was a major challenge for announcers, directors and producers, Shulman noted.

A three-hour baseball game has way too much downtime for announcers and directors. Over the decades, they’ve traditionally filled that time with highlights of fun-loving fans in the stands  — shots that also give announcers a needed breather for 30 seconds or so.

Without live spectators, baseball directors were forced to show more shots of players, coaches and managers in the dugouts this season, Shulman said.

Even though he’s become proficient at remote announcing, nothing beats the adrenaline rush of calling the game from a stadium broadcast booth with 50,000 crazed fans around you.

“Find me a play-by-play guy who’s not a sports fan. We all got into this for a certain reason. When Mookie Betts hits a big home run in the World Series for the Dodgers, it’s exciting,” Shulman said. “Fans give you an extra bit of an adrenaline rush, there’s no question about it. Now either your adrenaline is a little bit lower or you just have to manufacture it a little bit. Honestly, I don’t know the answer to that. Probably a little bit of both.”

This will be the year when fans across all sports finally get the “appreciation that they deserve because they’re not there,” predicted Joe Thomas of NFL Network.

Sports commentators now recognize “how much the fans add to the experience of watching the game,” Thomas said.

“Just seeing the emotion and passion that those fans bring to every game? It changes the viewing experience. It definitely feels like something’s missing when they’re not there.” 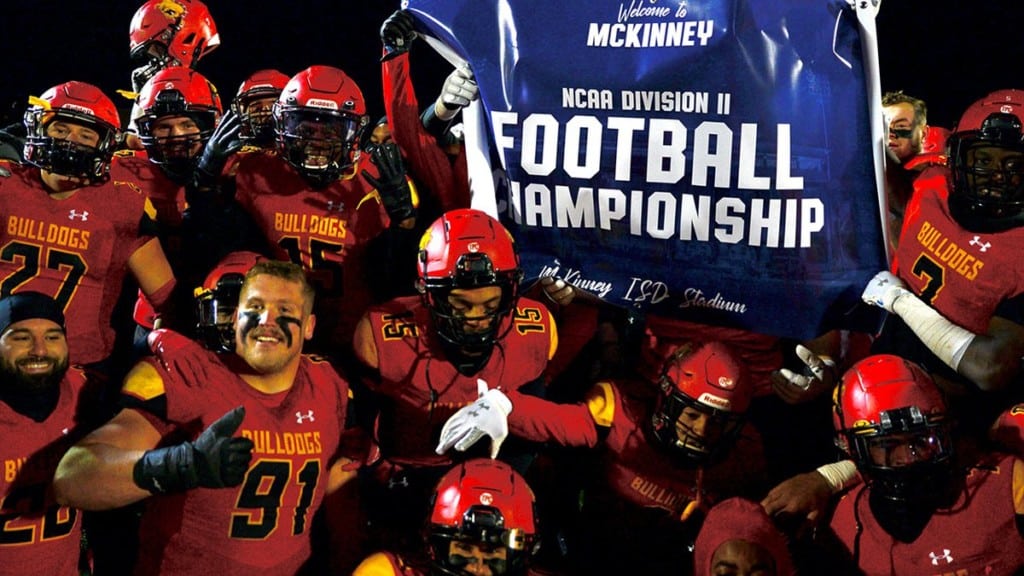 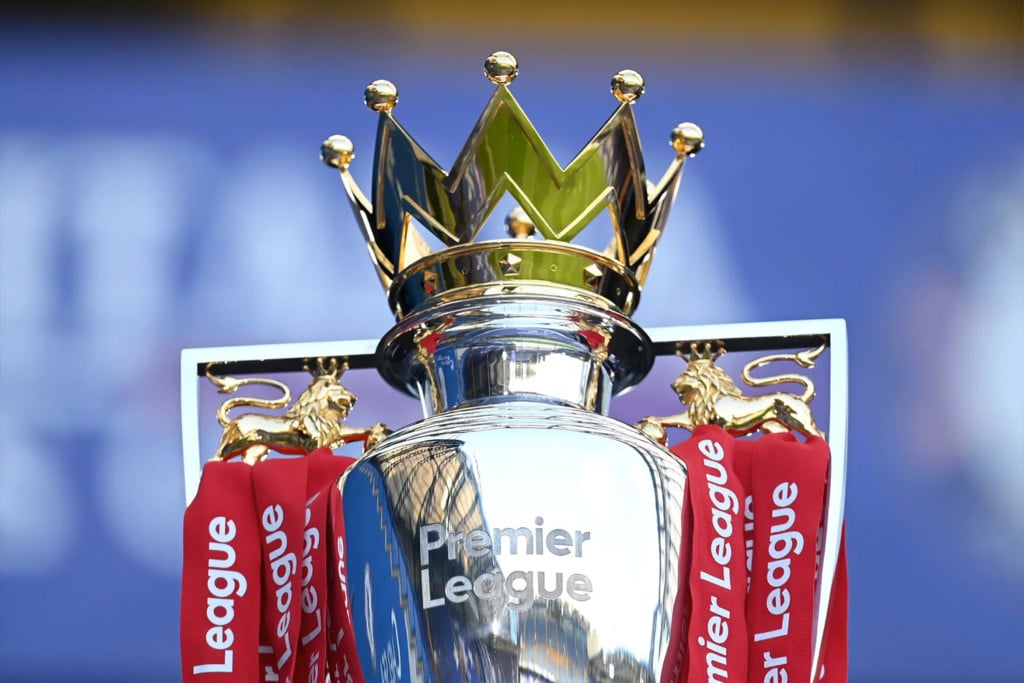 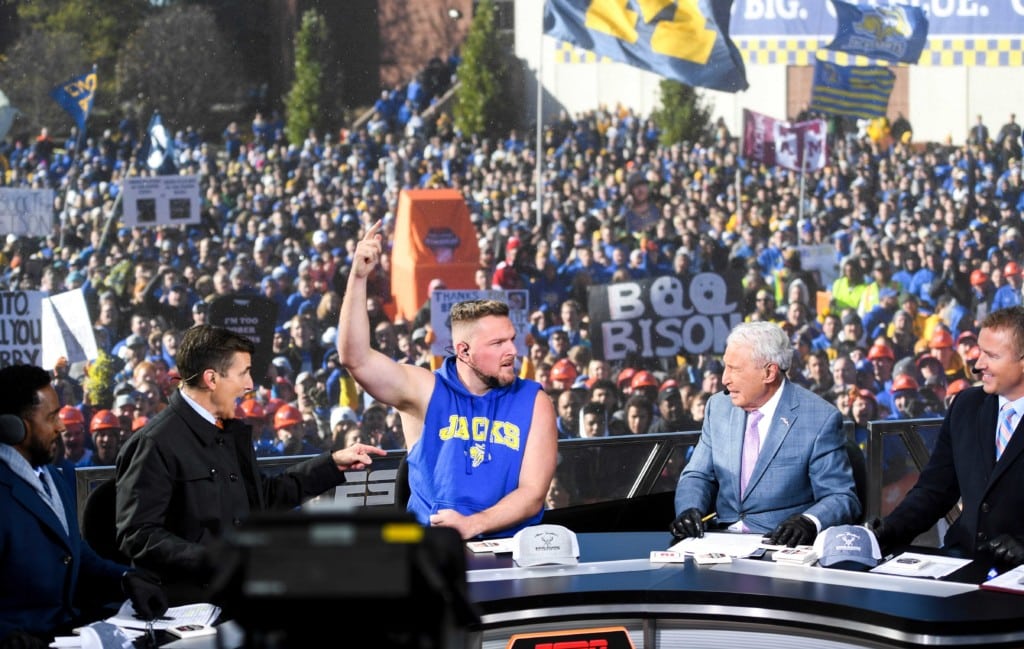 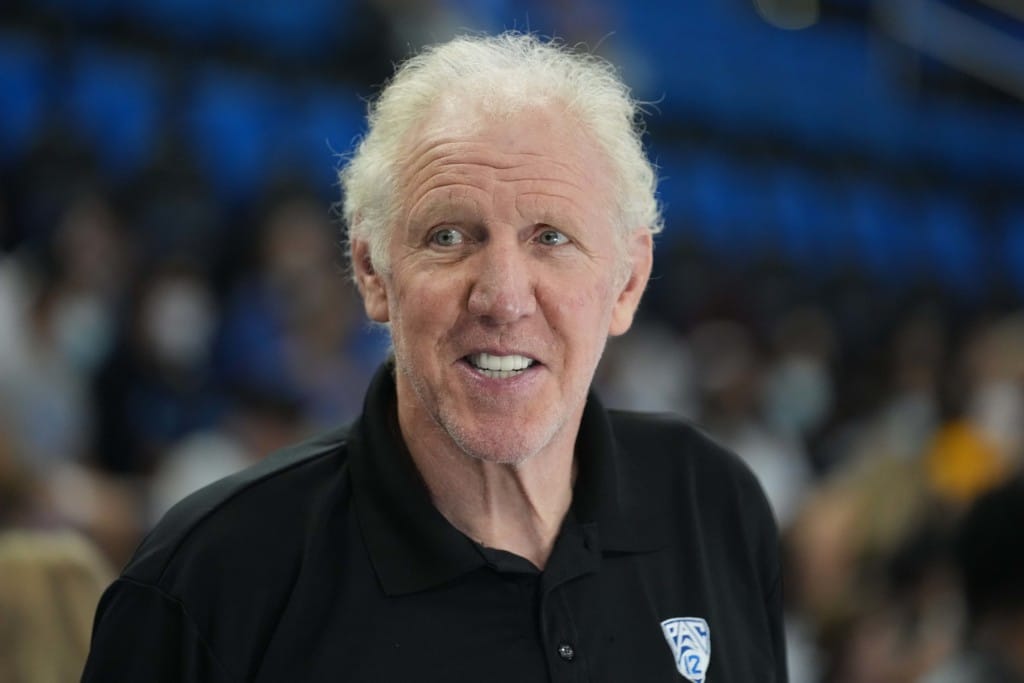