With 15 years in sports management — including working closely with Michael Phelps and Lance Armstrong — Sean Foley has seen the ins and outs of the sports business world, including partnerships.

Living in Austin, Foley knows the national prestige that can come with brands built locally in Texas. So he started a whiskey brand in 2016: Nine Banded Whiskey, named after the nine-banded armadillo native to the Lone Star State. Between him and his partners Chris Ogden, head men’s basketball coach at University of Texas-Arlington, and Whitney Kroenke Silverstein, the worlds of sports and alcohol truly collide.

Last year, Nine Banded Whiskey partnered with the Los Angeles Rams, entering the professional sports partnerships sphere. The partnership was extended this year through 2022. While Kroenke Silverstein is the daughter of the Rams’ owner, Stan Kroenke, Foley said he developed the business relationship outside of the family dynamics.

“Between the three of us, sports is deep in our DNA, so we have an understanding that can’t be everything to everybody,” Foley said. “With us picking up operations the past couple of years, it’s coincided with sports teams and leagues opening up these categories. It continues to be an experimental category for.”

“Not all teams have spirits partnerships at this moment … and as we looked into some of the different marketplaces and opportunities, we realized there was a special one with both the LA Rams and SoFi Stadium,” he added.

Prior to his launching a whiskey company, Foley spent time as a media executive for the Italian Serie A club A.S. Roma, as well as stints at both Octagon and Capital Sports & Entertainment.

The Rams have been particularly active in the beverage partnership space this summer with the new stadium. Along with Nine Banded Whiskey, the team welcomed Constellation Brands’ Corona and 1800 Tequila as official partners.

Last year, the San Francisco 49ers partnered with Gold Bar Whiskey as an official whiskey partner after the NFL eased its partnership restrictions around alcohol brands. Prior to last year, brands could only use team marks and logos for celebratory moments. Those opportunities have expanded — alongside the ability to sponsor other assets within a partnership portfolio.

Early on, the company determined three markets it felt the whiskey could resonate in, Foley said, including Southern California, Denver and Austin and greater Texas. The markets have a strong sports culture, along with a draw to food and drink. Denver is also home to Kroenke-owned Colorado Avalanche and Denver Nuggets. 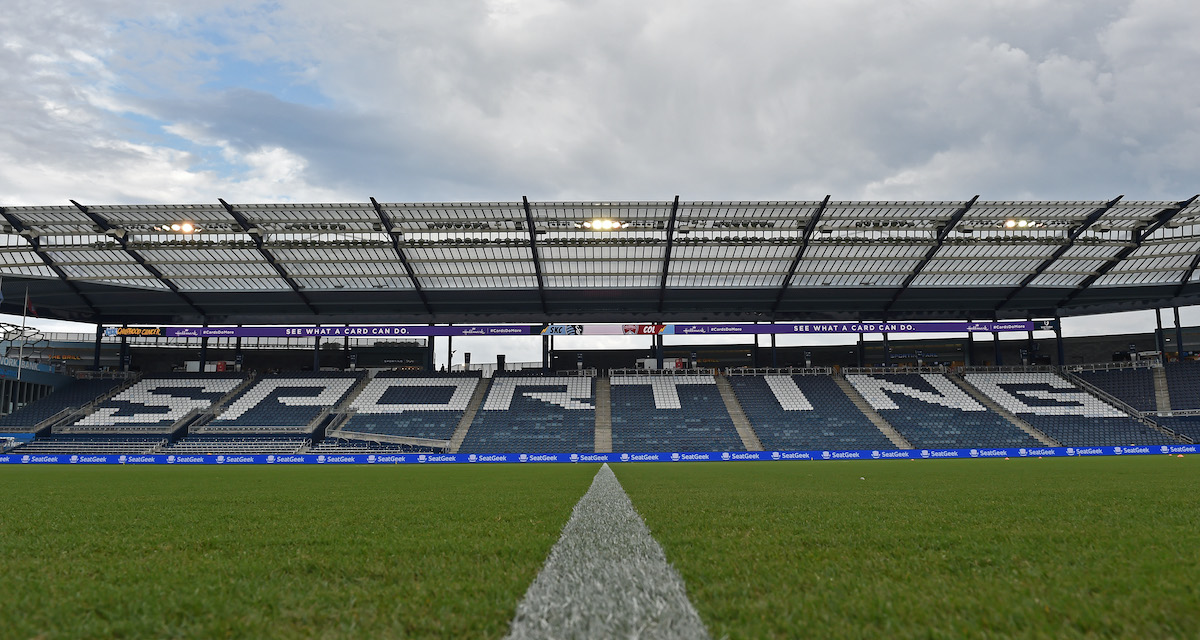 Over multiple nights of whiskeys, J. Rieger & Co. Owner Andy Rieger and Sporting Kansas City President and CEO Jake Reid solved at least one of the world’s problems.  The […]

“We want places with connectivity,” Foley said. “Austin is unique because you can build community brands around here, working to capture people emotionally without just throwing cash at things. We think that translates to LA, Denver and potentially other cities as well.”

Foley said Nine Banded Whiskey has grown approximately 100% each year and already has eclipsed its 2019 revenue in the first three quarters of 2020.

While more markets — and sports partnerships — seem to be in the cards for Nine Banded Whiskey, Foley said the focus will be to make sure the triangle of markets they’ve selected are well established. And, for right now, there’s a strong focus on building out its relationship with the Rams and creating a community base in Los Angeles, particularly around Inglewood.

Foley stressed the importance of building a local connection, using Texas-based Tito’s Vodka as a growth example. He also mentioned how people will scoff at the idea of a Texas whiskey and how that could be a partnership that plays in a market other than Texas. He retorts that it isn’t any different from a Louisville-based bourbon.

“Business has never been more local because of the pandemic, so we want to grow with the Rams at the Inglewood level,” Foley said. “Being a brand inside the world’s best new stadium is a huge opportunity for us. It will be one of the centers of sports and entertainment in the 2020s between the Olympics, World Cup, Chargers and Rams.”