In a world full of cancellations and postponements, one notable absence in professional sports this year is the NFL London Games.

Ahead of the 2020 campaign, the league was preparing for its 14th consecutive season of playing at least one game in London. It was also planning on hosting a game in Mexico City for a third time in four years.

Come May however, the coronavirus pandemic put that streak to an inevitable end, pulling the plug on five international games. It also prevented another important feat from occurring: the Jacksonville Jaguars becoming the first NFL team to play two straight games in London.

With the NFL’s inability to play any international games in 2020, one would suspect a subsequent decline in overseas interest.

More than a quarter through the season, however, popularity of American football has only grown in the United Kingdom, even catching league personnel off-guard.

Through the first three games of the season, U.K. viewership for the NFL’s Sunday night broadcasts is up 8% since 2019. Overall linear and digital engagement has also risen 54% year-over-year across the league’s media rights and digital content portfolio.

That digital engagement growth has been helped by the U.K.’s youthful NFL fanbase. According to Charlotte Offord, senior director of marketing at NFL UK, 57% of that group is under 35-years-old, who have also caused a 30% bump in growth and engagement across the NFL UK’s social media channels.

“We’re able to put out some of those top highlights and clips that people want to consume week in and week out,” Offord said.

While those figures are impressive to Offord, one stat in particular has surprised her the most thus far.

An increase in second-screen viewership, which has helped the NFL’s reach in the U.K. rise 60% compared to last year. 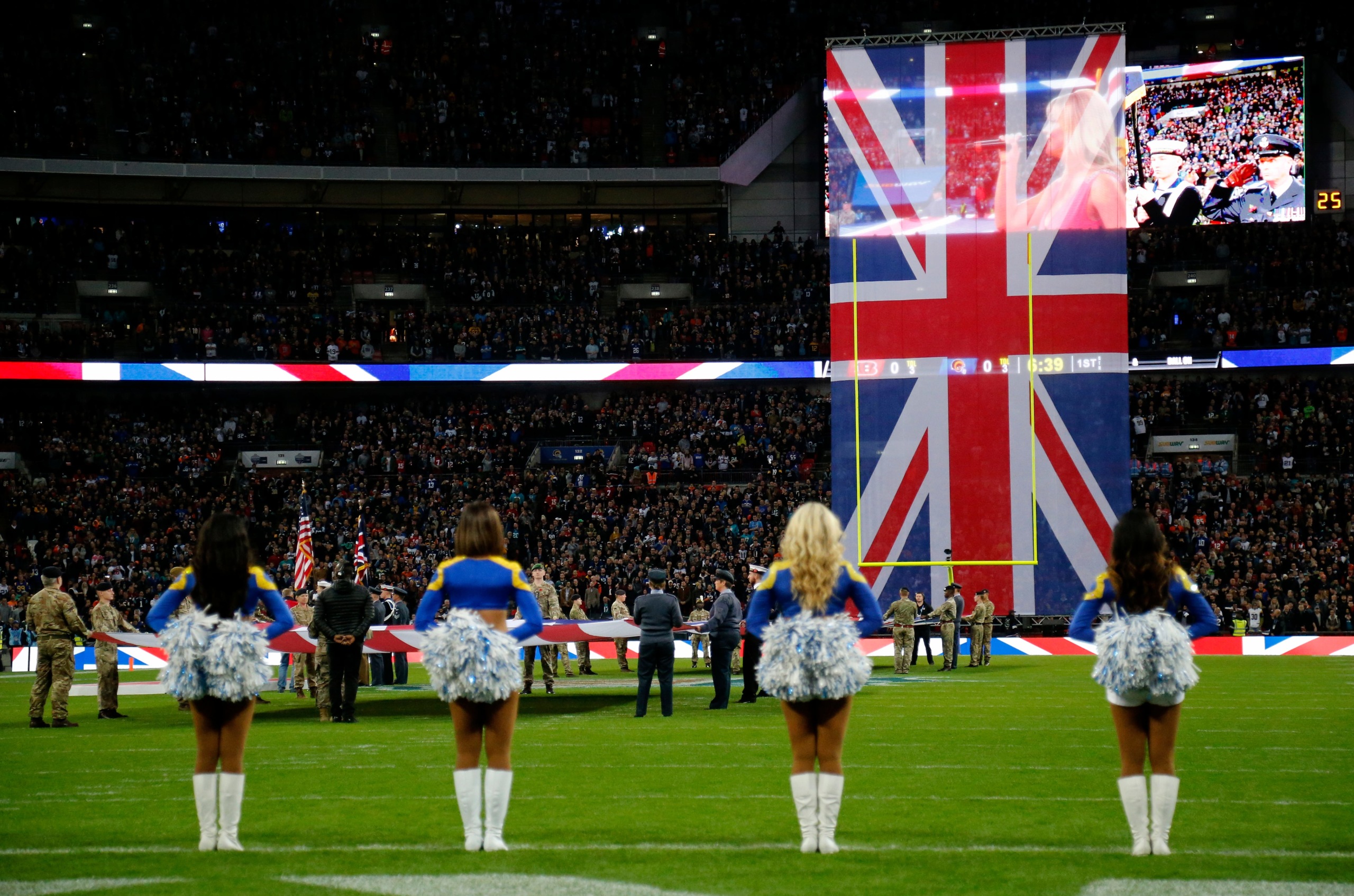 The NFL has held 28 regular-season games in London across every season since 2007 — 2020 games were cancelled due to the COVID-19 pandemic.

“We’ve walked into a year of so much uncertainty,” Offord said. “I really did hope that we would see some of the numbers in the success that we’ve seen. I was quite blown away by the increase in second-screen viewership. It’s not something I’d really considered going into the season, but what we’re seeing across overall industry trends is that there has been a change in viewing behavior that could’ve been caused by the pandemic, but we’re certainly seeing this trend and change.”

Offord largely attributes these statistical bumps to the NFL’s affiliations with various international broadcast companies. On Sept. 3, the league announced a three-year partnership with ViacomCBS Networks International, which brought back live “Monday Night Football” to the U.K.’s Channel 5 for the first time since 2009. “Monday Night Football” has been led by presenter Kirsten Watson and former Jacksonville Jaguars running back Maurice Jones-Drew and is being broadcasted from Los Angeles.

The NFL-Channel 5 reconnect was preceded by the league’s ongoing commitment to Sky Sports. Having already been partners for 24 years, the two went into the 25th year of its partnership with a new five-year deal that was inked in August. For the first time ever, the league partnered with an international broadcaster to launch a channel — “Sky Sports NFL” — dedicated to American football.

The contract guaranteed round-the-clock NFL coverage across the U.K. and Republic of Ireland. It included a minimum of five live games each week, every Thursday night, Sunday night and Monday night contest, NFL RedZone and every minute of every playoff game, Pro Bowl and Super Bowl live, among others.

“Sky Sports has shown live NFL since 1995 and played a big role in growing the sport in the U.K. and Ireland over the last 25 years,” Stephen van Rooyen, chief executive officer at Sky UK and Europe, said in August regarding the news. “Now, as part of Comcast, we are excited about taking our partnership to a whole new level. Our viewers are passionate sports fans and we look forward to capturing the drama of the NFL for another five years.”

Even NFL Game Pass has performed markedly better this year. Sameer Pabari, managing director of international media rights at the NFL, told Sports Pro Media that the OTT platform has seen a near 20% increase year-over-year — despite not including its pre-season games, which is typically the primary sales window.

“We’re very encouraged by that though, at the end of the day, we see a lot more opportunity with Game Pass and right now is a product centered around live games for the most avid fans,” Pabari told Sports Pro Media.

For “Monday Night Football,” the time difference forces London fans to tune in as early as 3:00 a.m. GMT. Offord and the league offer those dedicated viewers — who she and her colleagues call the “3:00 a.m. club” — the opportunity to interact with their social media accounts, especially on Twitter.

Even with Super Bowl LV still months away, Offord says that the NFL UK’s early success isn’t necessarily a fluke, but rather indicative of its efforts at making American football a 24/7 topic across the pond.

“The London Games are obviously a huge part of our calendar in a usual year,” Offord said. “But as a team, we’re actually focused always on driving that year-round momentum and that conversation with our fans. Whilst we don’t have London Games this year, our focus is still to drive that season-long narrative and execute campaigns that are about deepening that engagement with our current fans, but then also trying to reach new ones.”