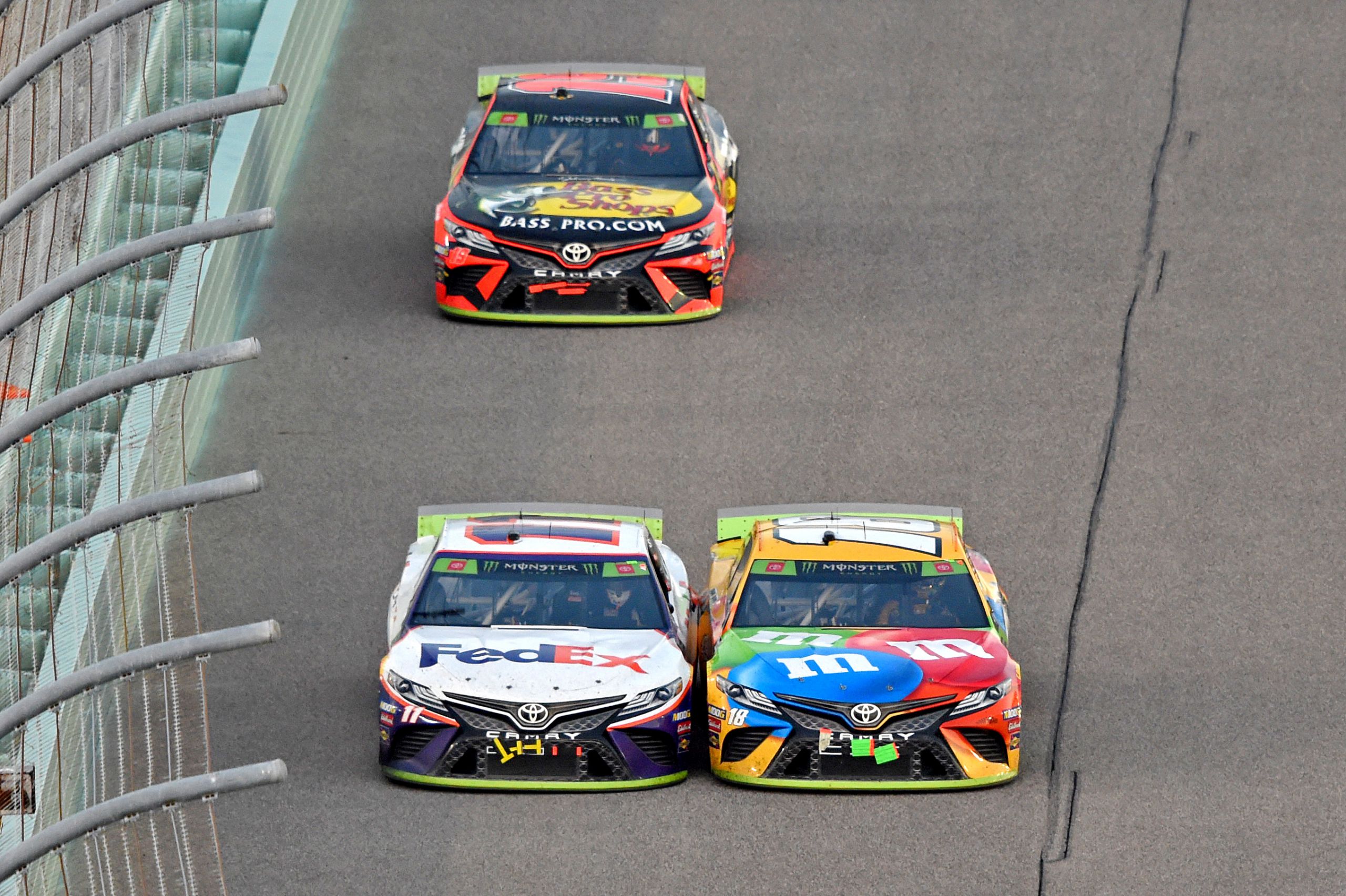 NASCAR gambled that its new sponsorship model would intrigue marketing partners enough to double down on existing deals. The bet has so far paid off, as brands have found the value proposition presented by the governing body to be quite lucrative.

According to NASCAR, Premier Partners will collectively own exclusive ad inventory during the NASCAR Cup Series championship race and the all-star race this upcoming season. Partners will also be featured in weekly broadcasts, NASCAR’s social and digital content feeds, and be able to run exclusive promotions at race tracks.

This is a shift away from NASCAR’s traditional partnership strategy, moving away from a title sponsor model for the first time in several decades. Monster Energy was most recently the entitlement sponsor for NASCAR’s premier series, which will now be known just as NASCAR Cup Series.

Wolfe noted how complex the sponsorship landscape of NASCAR could be, with different tracks, racers, and owners. He also noted how there long had been a third-party brand woven into the top tier of the sport, dating back to brands like Winston in the 1970s, a partnership that lasted more than three decades.

“We wanted to make sure the sport was easier to navigate, while also creating additional activation benefits and there being a consumer race fan benefit,” Wolfe said. “Instead of a brand having five or ten agreements, let’s consolidate that and make the sport easier to work with. Let’s also take away another brand’s IP at the top of our sport, so you’re making a large investment in aligning with NASCAR, not someone else’s brand.”

Xfinity, a long-time NASCAR sponsor, was a brand willing to expand its business relationship with the sport. However, the company would not relinquish the sponsorship rights to the NASCAR Xfinity Series – known in industry circles as the “minor league circuit” where young drivers get their start.

“The way fans have reacted to us with the Xfinity Series over the last five years justified us jumping into this new opportunity with NASCAR,” said Matt Lederer, vice president of brand partnerships at Xfinity’s parent company Comcast. “One of the things we said is we are willing to do this, but we would not give up the Xfinity Series because we like the direction it has taken us in.”

Xfinity signed a 10-year deal with NASCAR in 2015. In the early days of the agreement, the telecommunications company ran countless activations with NASCAR with the sole purpose of celebrating the sport and building equity with fans.

Xfinity has since become more aggressive about converting NASCAR fans into subscribers, especially in the last couple of years. This is done primarily by leveraging internal data to find what social and digital platforms prospective customers are consuming content on. Executing this strategy can be as simple as contacting fans that regularly engage with Xfinity Series updates on Twitter.

“There are more eyeballs on the NASCAR Cup Series than the Xfinity Series,” said Lederer. “We are currently doing case studies on how fans of the two circuits compare with one another – how they consume content and when.”

Xfinity later this year will sponsor one of NASCAR’s annual playoff races, the Championship 4 elimination race, at Martinsville Speedway at the end of the season.

But first, Busch Beer, another NASCAR Premier Partner, will sponsor a kickoff exhibition event on February 9, the week before the Daytona 500  – the sport’s annual curtain-raiser.

The AB InBev subsidiary returned as an official NASCAR marketing partner in 2018. At the start of the 2019 season, Busch Beer rolled out limited-edition cans paying homage to Kevin Harvick’s company-branded race car. The cans were also given away to fans during the Daytona 500 and were a part of AB InBev’s Car2Can program.

“The Car2Can program celebrated the fans and gave them a unique opportunity to drink the sport they eat, sleep, and breathe,” said Nick Kelly, vice president of partnerships, beer culture, and community, at Anheuser-Busch.

“This Premier Partner position strengthens our deep-rooted history in the sport, and we plan to create initiatives that provide fans with even more opportunities to enjoy Busch beer on race day,” he added.

According to AB InBev marketing data, half of NASCAR’s U.S. fan base lives in the Midwest or southern parts of the country. The brewer’s Busch Light product also has a considerable following in the same geographies that AB InBev is hoping to capitalize on, Kelly said.

“Beer is statistically one of the most popular items on race days, with many Americans opting for domestic drafts over imported or craft brews in NASCAR watching environments,” Kelly said. “The partnership is mutually beneficial as it caters to a key market for both parties.”

Wolfe said that based on internal projections set by NASCAR, the initial results of the Premier Partners strategy is paying off. While he declined to comment specifically on the financials of the deals, he noted that the organization is happy with the terms of the agreements it signed with these four partners and the pipeline of potential new brands coming into the sport.

READ MORE: Wrangler Goes Back To Western Roots With Focus On Rodeo

Wolfe said NASCAR is hopeful that new brands will sign deals with the organization ahead of the start of the 2020 season.

Monster Energy is also expected to come back to NASCAR with a new deal, Wolfe said.

“We see this as a real opportunity for us – and that’s nothing against the previous model or previous partners,” Wolfe said. “Now, we’re leading with our brand, and it should be our brand leading the charge and our partners helping lift that up.