Mike Yam was going to be a pediatrician.

However, at Fordham University,  he realized chemistry wasn’t his thing. In his dorm, he saw a classmate in a suit, headed to cover a New Jersey Nets game for the school radio station. The brief conversation resonated with Yam, as he realized he could turn his passion for sports into a career option and joined the radio station. He spent the next four years honing his craft.

“It didn’t click when I was younger, but you don’t see a heavy representation of Asian male broadcasters,” says Yam, now a lead anchor for the Pac-12 Network.

“I didn’t think being a sportscaster was an option. It was that iconic American dream to be a doctor or lawyer my parents wanted for me.”

Washington State Athletic Director Patrick Chun, himself the son of South Korean immigrants, can relate to the academic stresses Yam faced growing up. Chun became the first Asian-American athletic director of a Power 5 school in 2018.

Growing up, Yam noticed that other than Michael Kim, there were few sports broadcasters that looked like him. This is still a rarity today. According to data from the U.S. Census Bureau, less than 5 percent of announcers, in any industry, are Asian, while 73.5% are white and 17.3% are black.

Yam believes diversity is an imperative need in newsrooms, and the sharing of cultures and stories is important in making these places more worldly.

Yam is sometimes discouraged when he speaks at universities to big groups and sees a lack of Asian-Americans in the crowd. He said the lack of representation can potentially prevent children from imagining their dreams. But it’s improving.

“From the on-air side, I get legitimately excited when I see other Asian Americans on air,” Yam says. “What’s next is continuing to develop younger students who have a passion for this and see a pathway in an industry that’s really cool. It’s so crucial and important for younger people to see someone who looks like them doing this.”

For Chun, it was less about who he saw in positions and more about who he surrounded himself with. He credits people like Washington State President Kirk Schulz and Ohio State University athletic directors Andy Geiger and Gene Smith, who helped him while in the Buckeyes’ athletic department.

“They opened my eyes that this could be a goal,” Chun says. “Gene Smith was the guy who planted the seed in my head and gave me a road map. Even though there was no one that looked like me, it never crossed my mind I might the first.”

Chun believes it will take some time for stereotypes and stigmas to be eliminated, but people like Schulz help.

“We were focused on finding a leader with the right blend of experience, vision, and passion to lead Cougar athletics to the next level of success,” Schulz said at the time of Chun’s hiring. “In Pat, we’re confident we found that person. His achievements in fundraising, boosting the academic success rate of student-athletes, and building strong relationships with the community – on and off-campus – are exemplary.”

Yam doesn’t blame discrimination for the lack of Asian Americans in sports media, but he does believe it’s the Asian-American immigrant mentality that has partly held the industry in check. His grandfather essentially snuck into the U.S. and worked for years to bring his family to America. Yam’s father isn’t a sports fan, but the father and son were able to chat about sports during Jeremy Lin’s breakout season with the New York Knicks.

READ MORE: Inside Julianne Viani’s Whirlwind of a Broadcasting Career

“That’s when I knew it was big, when non-sports fans were talking about it,” Yam says. “I never really think about the lack of representation at a professional level until you see someone. Sports is the great equalizer. Either you can do it, or you can’t.”

Yam was not blessed with athletic skills, but he did find a path to be involved in sports in life. Now he gets to facilitate conversations with great athletes and coaches and hopes more find a similar path. 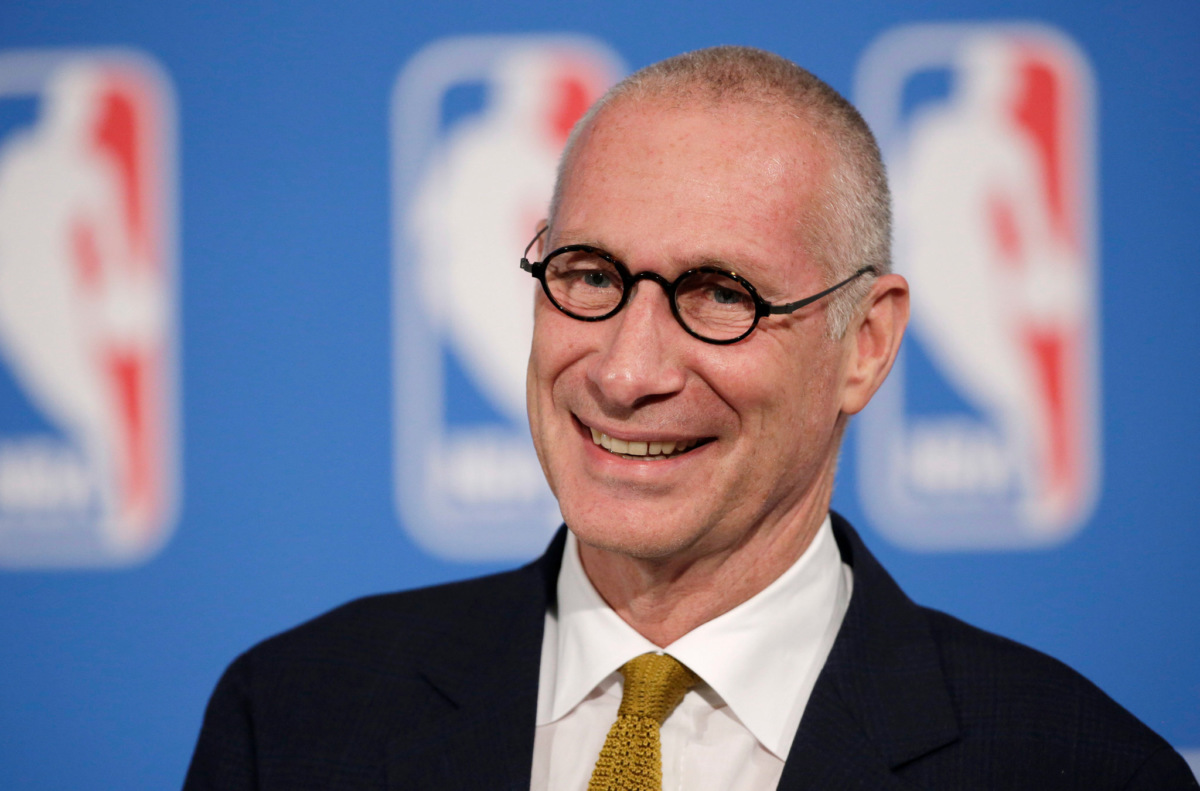