A Conversation With the Exec Behind ESPN's NHL TV Coverage

ESPN’s Mark Gross is about to become the most popular sports producer in North America.

Gross will lead ESPN’s hockey coverage this October as the Worldwide Leader in Sports returns to televising live NHL games for the first time in 16 years.

As senior vice president, production and remote events, Gross will oversee everything from on-air talent to production. With multiple sports networks laying off hundreds of staffers due to the COVID-19 pandemic, the prospect of ESPN hiring for hockey has set off a stampede of job seekers in the U.S. and Canada.

Regaining NHL TV rights has long been the dream of ESPN announcers like Steve Levy, Linda Cohn, John Buccigross, and Barry Melrose, all of whom covered the sport for Team Bristol back in the 1990s.

Under its new seven-year, $2.8 billion deal, ESPN will serve as the NHL’s lead broadcaster in the U.S., televising 25 games a year exclusively on ESPN or ABC, half the Stanley Cup Playoffs and four of seven Stanley Cup Finals. The Walt Disney Co.’s ESPN+ and Hulu will also stream 75 regular-season games per year. Plus, more than 1,000 out-of-market games for ESPN+ subscribers.

Gross grew up playing hockey in Troy, New York. During his 33 years at ESPN, the Ithaca College graduate made his bones producing everything from the NFL and NBA to MLB, the Little League World Series, and “SportsCenter.”

During his first extensive interview about NHL coverage, Gross opened up on talent strategies, whether ESPN will bring back its iconic theme music, and new innovations that can help hockey stand out in a crowded media landscape. While nothing is off the table, the return of the infamous “glowing puck” is probably not in the cards.

Front Office Sports: So what’s the reaction inside ESPN to getting NHL back?  [ESPN President Jimmy] Pitaro said his phone won’t stop ringing off the hook.

Mark Gross: It’s been amazing. At times, it’s been overwhelming. There’s so many hard-core hockey fans at ESPN who were there when we had it and worked on the package. They’re still there now. And obviously they want to work on it now. The response internally has been incredible. 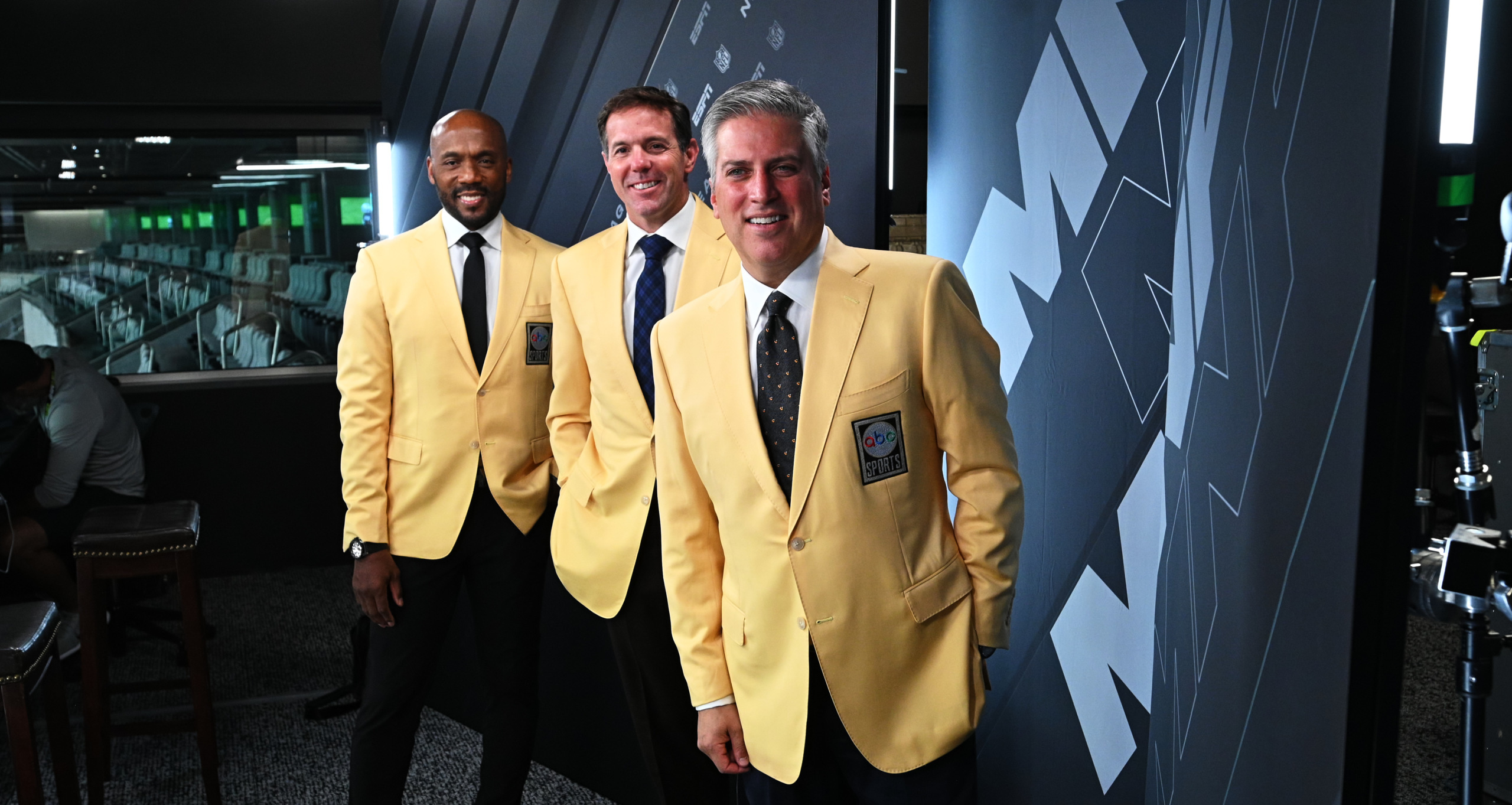 FOS: Tell us your coverage approach. How many teams of announcers will you use to call games?

Gross: We’re actually in the process of figuring it out. Right now, we have a list going, because we’ve heard from so many people that it’s overwhelming. We have a list of play-by-play announcers who are interested, analysts, hosts, reporters and production people. We’re just in the process of playing around with it.

Obviously, we know the number of games. We’re still trying to confirm the days of the week of the games. We’re not quite there as far as announce teams. Needless to say there will be at least two to three [announce teams] going during the course of the regular season. That will likely increase during the playoffs.

Gross: We’d be silly not to include them in our coverage. They’re all super-passionate and super-knowledgeable. They work for the company. We just have not gotten to specific roles. We’re (going) with all of the usual suspects. They’re all very excited just to be a part of it. Let me contribute in some way.

FOS: You have Cohn’s “In the Crease” already on ESPN+. What about additional studio shows and shoulder programming?

Gross: There will be a weekly TV show on ESPN or ESPN2 that will start once the regular season begins and go right through the Stanley Cup Playoffs.

“In the Crease” will continue on ESPN+. But after a game ends on ESPN+, we’ll have a postgame show. Call it a postgame version of “In the Crease.” It will obviously air on ESPN+. Then we would wait for the games to end.

Then we would have the show of record, “In the Crease,” [on ESPN+] to reflect all the games, highlights, wait for the late games to end and so on and so forth … Once the games end, we’ll have some sort of post-game coverage. We can brand that “In the Crease” postgame, whatever we want to call it. Then we’ll have the show of record, with all the highlights and analysis once the games are over.

FOS: Would that be on ESPN, ESPN+ or both?

Gross: The postgame show would be on [ESPN+] It would follow a game on [ESPN+]. As you know, most of the time, when a game is on ESPN, “SportsCenter,” follows the game 99% of the time.

FOS: Is ESPN’s signature NHL theme from 1992 coming back?

Gross: That might be the most popular question I get. It’s not even a question, it’s more like a statement: The music’s coming back, [right?]. Yes, definitely, the “National Hockey Night” music from years past will make its return to ESPN in October. There’s a lot of people that are happy about that.

FOS: With other rights partners like the NFL, NBA and MLB, ESPN hires the best breaking news reporter. So are you going to seek an Adam Schefter, an Adrian Wojnarowski, a Jeff Passan to cover the NHL?

Gross: We’re looking at it. We’ve gotten some people who are interested in it. It’s definitely on our early list to see who’s the Schefter, who’s the Passan, who’s the Woj of the NHL.

We do have excellent reporters. Emily Kaplan and Greg Wyshynski currently work at ESPN. They do great work. I don’t want to slight the job they do. But we’re certainly hoping to look at some other folks who might be out there. And we’ve heard from some people who are out there.

FOS: I bet you have. With sports networks laying off hundreds of folks, you’re going to be the most popular guy in Bristol.

Gross: I don’t know about that. But thank you. 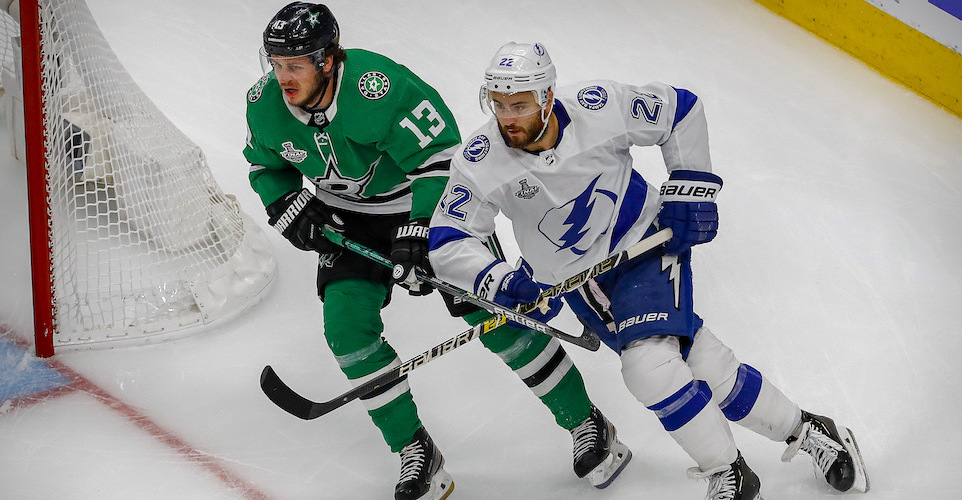 Back To The Future: ESPN Finalizing NHL TV/Digital Deal

FOS: Will your NHL talent, both in front of and behind the camera come primarily from inside ESPN? Or outside your network — including hockey-mad Canada?

Gross: On the production side, based on the response internally, it would be great to keep it to folks who are so passionate about it and currently work at ESPN. With that said, we’ve heard from some great production people, producers and directors, from the US and Canada, who are excited and have offered their services to work on the NHL at ESPN.

On the talent side, certainly we’ll use Levy, and Buccigross and Linda and Melrose. But we’re going to add some other analysts. There’s no secret to that. We currently have one analyst, that’s Barry Melrose. All in, with the playoffs and regular season, we’re probably in the neighborhood of 140 games. Barry’s great. But I don’t think he can do all the games and all the studio work.

FOS: What about new production techniques like ESPN’s MaskCam in 1998?

Gross: We will have some new wrinkles. What those are as we sit here today in March we don’t know. We have a pretty good history across all sports over the years of providing technology that enhances the telecast and doesn’t take away from it. That doesn’t get in the way.

First and foremost, the priority is to document the event. We have to document the event. That sometimes can be a challenge in its own right. Between us, our research department and the league, we think there’s room to grow there and incorporate some more real-time statistics in addition to technology enhancements along the way. 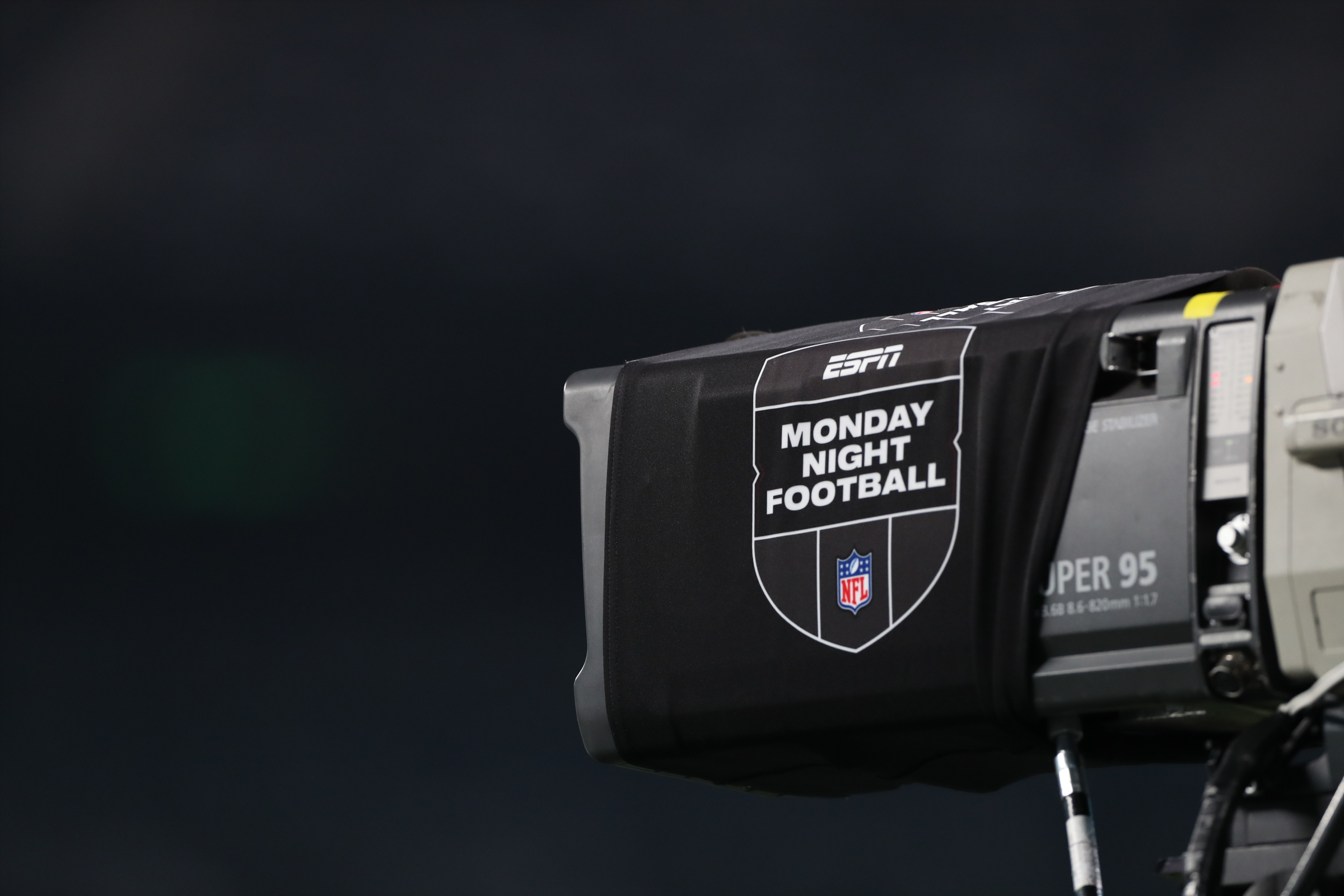 ESPN Is the Biggest Winner from NFL’s Mega Media Deals

FOS: Will you allow your on-air talent to address sports betting?

Gross: It’s a good question. We have not gotten into that level of detail. We need to talk to the league. We’re partners with them on this. To see what they’re comfortable with. We know what we’re comfortable with based on how far we’ve come with “Daily Wager” and a gambling presence on all sorts of shows. We just haven’t had that conversation yet with the league. We’re only a few weeks into this relationship. So we haven’t gotten to that layer at this point. But we will …

Before an NBA game during “NBA Courtside,” “Daily Wager” had a three-minute segment. They were dealing with odds, who’s going to win MVP, [Boston] Celtic props, they touched on the game. If somebody were to say that that would happen a couple of years ago, people would say: No way. But it happened on our air last night.

FOS: The old adage is that hockey is the most exciting sport to watch in person — but hardest to watch on television. Is that still the challenge for an NHL TV partner?

Part of it comes back to: Where are the cameras? What type of access can you get to the ice? In our new relationship with the NHL, these guys have been amazing. It’s incredible our conversations. How passionate they are about the sport. And how passionate they are about working with us on a full-time basis again. They want to make it as great as we want to make it. So the two groups are all in to figure out the best way to present the best product.

FOS: Will ESPN borrow anything from NBC’s coverage, such as the “Inside the Glass” reporter between player benches?

Gross: Yeah, we’ve talked about it. We like that. We think NBC has done a fantastic job with their production and helping to grow the sport. Their ratings speak for themselves. The star power with the [Alexander] Ovechkins of the world, Connor McDavid, all these guys …

Between the glass or behind the benches, we’re getting ready in the next couple of weeks to brainstorm. What else can we do? What can we do in addition to that? Just try to evolve. People who are watching these games expect so much from who’s producing them and directing them.

ESPN developed the QBR rating [total quarterback rating] for football. So what’s the QBR for the NHL? They may sound big, they may sound small, but when you put them all in one bucket, it adds up to something memorable.