Jonathan Vilma’s hiring process at Fox Sports mirrored that of many of those who found work during the pandemic: it was conducted entirely via Zoom.

While the three-time Pro Bowl linebacker went though auditions for the NFL on Fox analyst job remotely, it is not as if Vilma lacked experience. He spent the past four years at ESPN and another with NBC Sports in 2015, which came a year after he ended his 10-season career that included a Super Bowl title with the New Orleans Saints.

But most of his broadcast chops came in pregame, halftime and postgame shows, along with other studio work until he joined Kenny Albert and reporter Shannon Spake as part of one of Fox Sports’ NFL broadcast crews this season.

“I am very impressed with Jonathan Vilma’s smooth and seamless transition into the broadcast booth,” said Albert, who is in his 27th season calling games for Fox. “Jonathan was the quarterback of the defense during his playing days with the Jets and the Saints, and he has brought his tremendous knowledge gained over an excellent career up to the booth. He studies during the week as he would if he were still playing, and has as good a grasp of matchups, and game and clock management as most analysts I have worked with.”

Vilma, 38, talked with Front Office Sports about the transition to the booth, how the pandemic has changed the sports landscape and his love for a certain winter sport he’s picked up in recent years.

FOS: You joined Fox Sports without meeting anyone until your first week on location. How odd was that process?

Jonathan Vilma: It was definitely different. You want to get a feel for your partner and it just wasn’t there. I knew going in, I had to keep it as simple as possible. I know football and I know not to step on my partner’s toes, so I just kind of left it at that. I couldn’t tell if I did a good job or not. Fortunately Fox thought I did do a good job.

FOS: You spent your time at ESPN and NBC Sports mostly around college football. What’s the biggest thing you have noticed doing NFL coverage?

JV: I wouldn’t be able to point to a major difference between calling college or pro. Some of the minor differences would be coaches in college are a lot more aggressive, especially with situational football where you would expect them to punt or kick the field goal, but instead they go for it on fourth down. I’d say the NFL is definitely more conservative in that regard. You can kind of anticipate what they’re going to do situationally. So [in college] there’s that element of surprise and fun, but [in the NFL] you’re also get to talk about the best of the best athletes. I played for 10 years, but I’m still always amazed by some of the plays that receivers, defensive lineman will make. 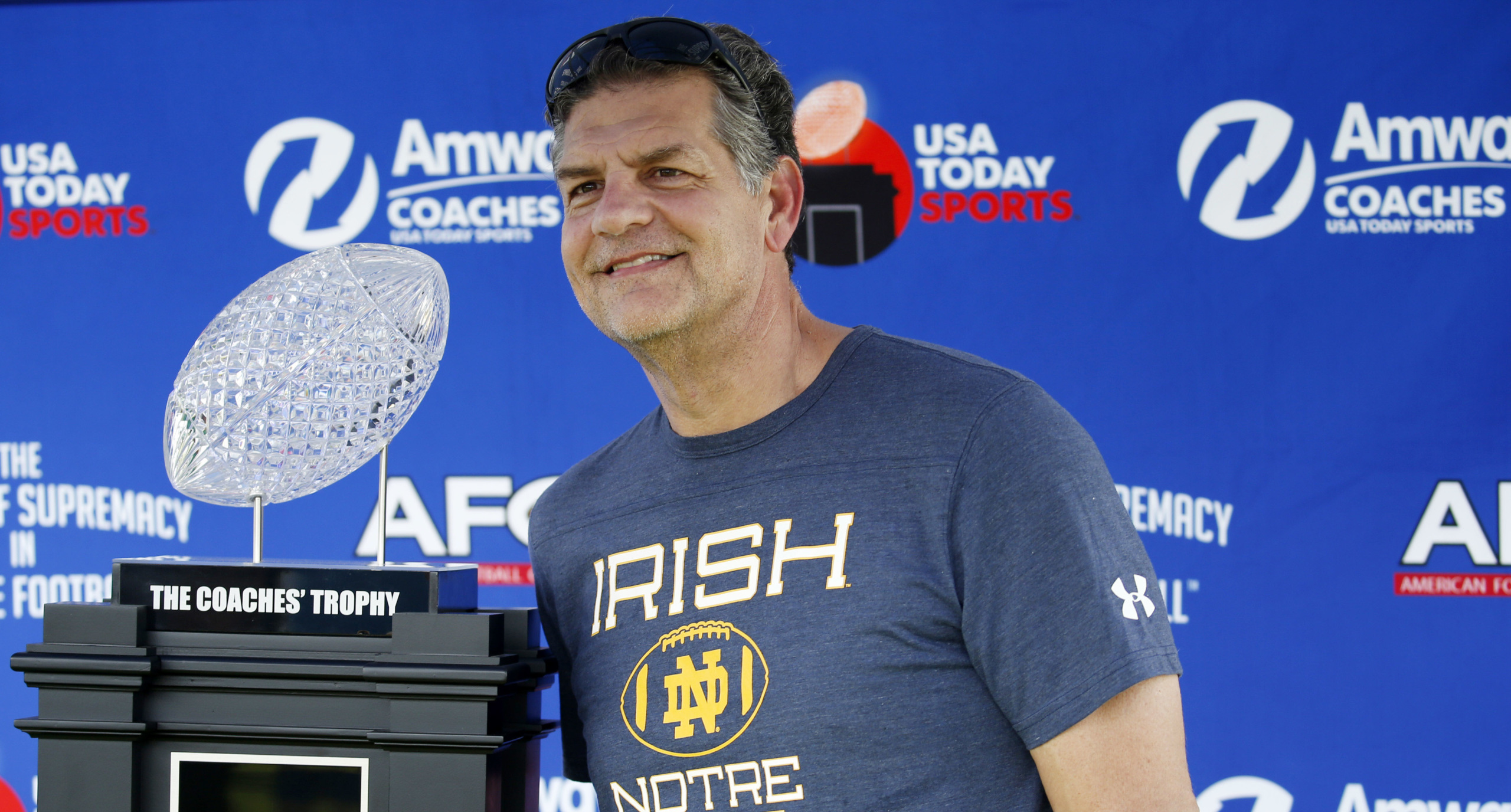 Mike Golic Sr. opens up on ESPN’s cancellation of “Golic and Wingo,” breakup of “Mike & Mike” and his pending free agency come Jan. 1.

FOS: How about the booth vs. the studio?

JV: I’d say the biggest difference is for the studio, you to have a general knowledge of a lot of games. For the game analysis, you have to have very detailed knowledge for only one game. And so you put it in the same amount of time and homework. … You are able to keep abreast of what’s going on in the sports world [when you’re in a studio]. When you’re calling a game, I don’t know anything that is going on outside of just what is going on with the two teams that week. Somebody has to literally text me and what’s happening. I didn’t know that Dak [Prescott] got hurt until like a night after. I was completely out of touch. Other injuries happened and I’d be completely out of touch. I had no clue. When you’re in the studio, you just give your prediction on what you think is going to happen. That’s it. If you’re right, you’re a genius. If you’re wrong, you’re an idiot. I don’t know what’s going to happen. I’ll still act like I know.

FOS: Albert mentioned how much work you put in each week in preparation of the game you’re calling. Normally, meetings with players and coaches are done in person. The pandemic has changed that to video conferences. Has that impacted how you go about studying up before a game?

JV: It’s been fine. I think the players enjoy it more. The coaches enjoy it more because you don’t have to be dragged from your normal routine to go and talk with guys like us. They’re able to do it from their phone. I get the sense that guys are a lot more relaxed. They seem more open to talking and sharing time with us. And for the coaches, they can talk to us from home instead of having to be in a facility. They can be nice and relaxed. They have all the time in the world. In some ways it’s been better.

FOS: You’ve been on both ends as a player and now a member of the media. There are concerns among sports journalists that access won’t go back to what it was before the pandemic. How do you see that going once we are past COVID-19?

JV: I think that the access has evolved because there’s the value to it since you need access to make good TV. But we have to recognize where we are in this world. There are real life things outside of football that are upon us. So I think it’s going to evolve into a hybrid situation. Hey, if you don’t need to meet with this person in person, then you don’t have to. There may be some things that we definitely want to do in person. I can still see us going to practice, and being able to be on the sidelines before the game. But I could still see the Zoom interviews happening.

FOS: Since 2018, you’ve been on the Orange Bowl committee and you have deep ties to the University of Miami where you helped lead the Hurricanes to the 2001 BCS title. Do you feel for college players now that have dealt with canceled games and, in some cases, a canceled season due to the pandemic?

JV: That is definitely something that I hate to see for the students because these memories are going to last a lifetime. Now those memories will be that they weren’t able to play my senior year or you weren’t able to play their junior year. That’s really tough. And then those bonds that you build with your, not just your teammates who become your lifelong friends, but the coaches as well. You miss out on the camaraderie.

FOS: You retired after the 2013 season, so you’ve had some time you didn’t have during your playing career to take things in. Have you become enamored with any new sports?

JV: When I retired, I started going to hockey games and took an appreciation for the sport. I went to [New York] Rangers games and when I would come down during the offseason, I’d try to make some [Florida] Panthers games. TV doesn’t do it justice. I watched it on TV and I was like, it’s kind of boring or whatever. When some people describe football, it’s like, ‘You guys get hit, jump in a pile and they break you all up.’ For me, hockey was just kind of like they just skate around and do whatever. Nothing interesting. Then I went to a Rangers game and I was like, ‘Whoa.’ These guys are extremely athletic, the game is really, really fast and they’re very coordinated and it was physical. It was a lot more physical than you would notice on TV. So I enjoyed it a lot. I give it a ton of respect.