They say Los Angeles isn’t a football town but this past week challenges that notion.

It’s been 80-something degrees every day, there’s more Rams signage outside than I’ve ever seen in the two years I’ve lived here, and it seems like every brand, artist, and athlete is activating in some form or another.

The energy is undeniable.

8:36 AM: How fitting that I’m starting off the week off driving up to the NFL’s new West Coast headquarters, steps away from SoFi Stadium.

10:17 AM: The Instagram creators that Meta invited here are running around filming Reels. I’m chatting with the Meta North America Sports Leagues and Teams Lead, Will Yoder, who says events like this help the NFL “reach a broader audience.”

NFL VP of Social Programming & Emerging Platforms Josh Tucker tells me that the NFL wants to be “the most fan-focused, community-driven sports league” in the world.

6:30 AM: I’m on the phone with Twitter’s Senior Partner Manager of Sports, David Herman, talking about the Super Bowl prediction tweets his team will display on the LED roof on SoFi Stadium this weekend.

“Twitter is the global sports bar,” he says, “and it’s our job to fuel that bar and keep it open.”

9:33 AM: Another call, this time with Daniel Graetzer, founder and CEO of Carousel Group, the owner and operator of MaximBet. MaximBet launched its sports betting offering in Colorado last fall and is hosting some of the bigger parties this week with stars like Lil Baby, Gunna, and Tiesto performing.

Super Bowl LVI is expected to be the most bet-on game ever with $7.6 billion in wagers — good news for sportsbooks everywhere. “Adoption has been amazing,” Graetzer says. “The advent of mobile gaming, easy access, and regulation — it’s all coming together at the perfect time.”

1:15 PM: I’m getting a tour of Verizon’s 5G Lab in Playa Vista. Between their work with the NFL and the Phoenix Suns, you can already see how their tech will influence the way venues are operated and how athletes train in the future.

The VP of Device Technology, Brian Mecum, tells me Verizon spent $119 million to beef up their 5G network in the area surrounding SoFi Stadium ahead of the Super Bowl.

The Other Stadium on the Block

1:57 PM: Not too far from Playa Vista, the Clippers are holding a first look at the construction for the Intuit Dome — the team’s $2 billion venue opening in 2024. I wanted to stop by, but there’s not enough time before the press conference ends at 2:00 PM.

5:39 PM: Podcast and Fox Sports personality Colin Cowherd is celebrating one year of his podcast network The Volume at a Mediterranean-style house in West Hollywood. We talk shop for a few minutes then are both tempted by the crab cakes passing by. The food is on point here.

7:46 PM: About a mile west on the Sunset Strip, Gatorade is hosting its own soiree on the rooftop at The West Hollywood Edition hotel. It’s the best view of L.A. I’ve seen at any event so far.

12:54 PM: Endeavor’s takeover of the rooftop of Catch LA is pretty much exactly what you’d imagine when you think of an L.A. Super Bowl. Ari Emanuel is working the room. Co-head of WME Sports Karen Brodkin is highlighting the fact that her firm represents both Rams QB Matthew Stafford and Bengals QB Joe Burrow.

Ed Horne, president of 160over90, a global creative agency owned by Endeavor, is proud of what his team is bringing to the city with their numerous brand activations. “There’s no bigger stage than the Super Bowl, from a U.S. perspective, and I don’t think there’s any bigger player on the stage than we are.”

3:49 PM: I get a call from Jay Parry, CEO of the Arizona Super Bowl Host Committee. She tells me about how former Arizona Cardinals receiver Larry FItzgerald recently joined the committee as executive chairman and how planning for next year’s Big Game is already heavily underway.

“This is the fourth time that Arizona will host the Super Bowl,” she says. “When we hosted in 2015, it was record-breaking in so many ways — for the local economy, for the state of Arizona, and still the most-viewed U.S. TV program ever. So the goal is, how do we raise the bar?”

A Commercial Come to Life

5:02 PM: You know PepsiCo’s Super Bowl ad with Peyton Manning, Eli Manning, Jerome Bettis, and Victor Cruz that’s all over TV right now? Frito-Lay’s “Calle de Crunch” experience — right next to Crypto.com Arena — is basically a physical manifestation of that. In fact, all of those players, and a few others, are scheduled to make appearances.

I have a quick convo with San Francisco 49ers tight end George Kittle, who played in the Super Bowl in 2020. “One of the things I learned about the Super Bowl: It’s really hard to get to one of them, let alone win it,” he says.

5:51 PM: Mariah Carey’s “Honey” blasts throughout the crowded open-air atrium at the AEG offices in the L.A. Live complex. I meet a few people I’ve only ever exchanged emails with.

We share thoughts on whether the Super Bowl really has a chance of being held in London in the mid-2020s. Some of us are optimistic; some think the time zone difference is too drastic.

7:14 PM: Subnation’s esports league The Players League is throwing a low-key event at Fred Segal on Sunset Boulevard — a nice way to end the night before I pop back over the hill.

Hands On with The Metaverse

8:35 AM: Meta has taken over the pool area and several cabanas at The W in Westwood. I tried out an Oculus Quest 2 for the first time — boxing, golfing, and watching Chloe Kim win gold at the Winter Olympics.

Director of Sports Partnerships Rob Shaw says Meta wants to give “everyone access to that front row seat.” Kevin Cote, also a director of sports partnerships, notes that Oculus is just as much about “movement and fitness” as its gaming and social components.

10:33 AM: Back downtown. NFL House is home to several branded spaces — I’m at Hyperice’s, talking about the brand’s journey in a room filled with Hypervolt and Normatec products. CEO Jim Huether tells me developing an experiential space at the Super Bowl is “one of the coolest experiences we’ve had as a company.”

Carolina Panthers running back Christian McCaffrey, who invested in Hyperice a couple of years ago, and the company’s founder, Anthony Katz, are here, too. (Full disclosure: I wrote a commercial for Hyperice in 2020, before joining Front Office Sports.)

12:09 PM: In the hills at the iconic Sheats-Goldstein residence. The foyer is adorned with rare memorabilia, like a signed Tom Brady helmet, that’s up for silent auction.

A who’s who of panelists speaks over the course of four hours. Arthur M. Blank, owner of the Atlanta Falcons, Jason Robins, co-founder and CEO of DraftKings, Charlotte Jones, EVP and Chief Brand Officer of the Dallas Cowboys, and Rich Paul, founder and CEO of Klutch Sports Group, shared some of the best insights.

I loved this quote from Paul: “The true measure of success is how many people you bring along and empower.”

9:42 PM: This one’s at the Shrine Auditorium down by USC. I see Shaq on the red carpet, towering over a row of journalists.

The party is carnival-themed and extremely well-executed. There are performers on stilts, clowns, and jugglers scattered about the grounds, an FTX Ferris wheel, a barber station, a massive NBA Jam arcade machine, Celsius energy drinks and Alkaline88 water everywhere, and free food from L.A. staples like Roscoe’s Chicken & Waffle and Pink’s Hot Dogs — and that’s just outside.

Inside you have performances from Diplo, Lil Wayne, and Shaq himself with speakers so loud they rattle the building.

9:00 AM: Sending out this newsletter then taking the family for a skate at the Gillette activation in Santa Monica around noon. I have a meeting at the Ritz-Carlton downtown after that. There are a couple of options on the table for later tonight.

No need to put a timestamp here. I’ll be sleeping in and watching the game from the comfort of my own home. I didn’t buy this LG NanoCell for nothing. Go Rams. 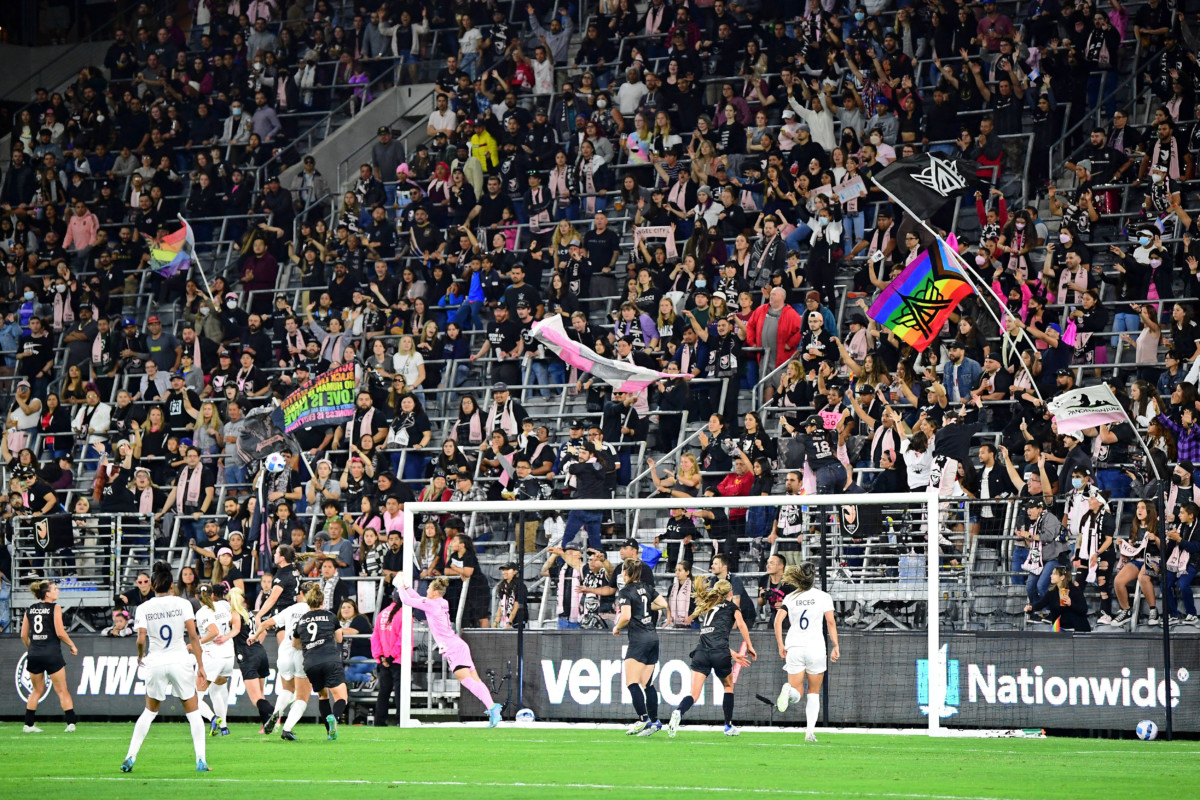 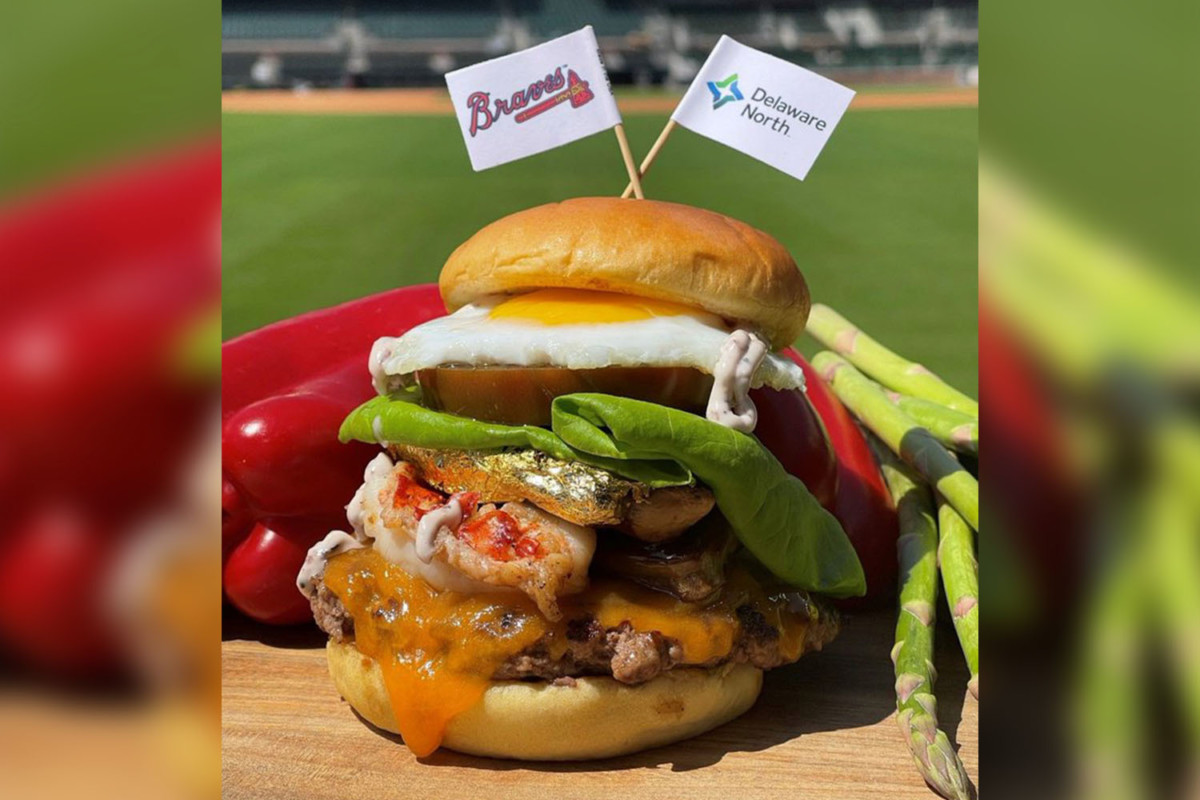 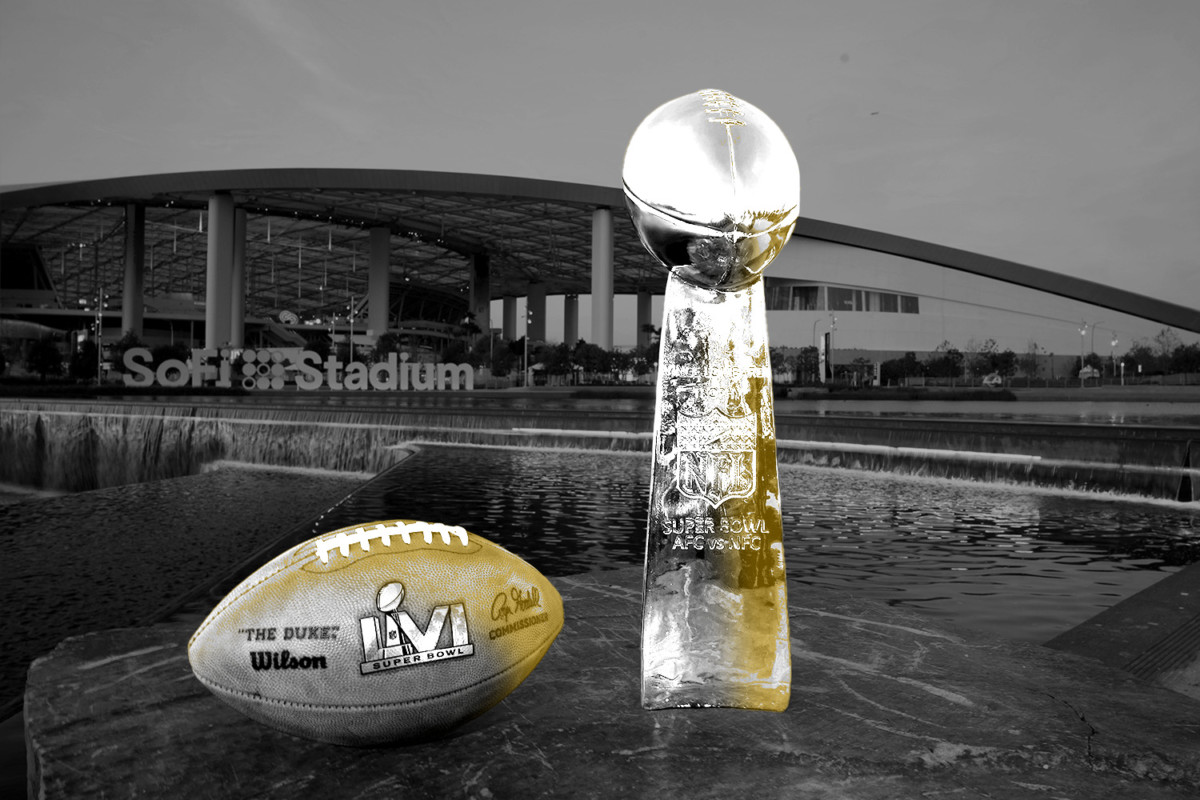 This year’s Super Bowl will feature a glitzy new stadium and a team playing on its home field. It will also feature ticket prices on par with some of the most expensive in recent history.