How Sports Transcend Cultures — Notes from a World Traveler 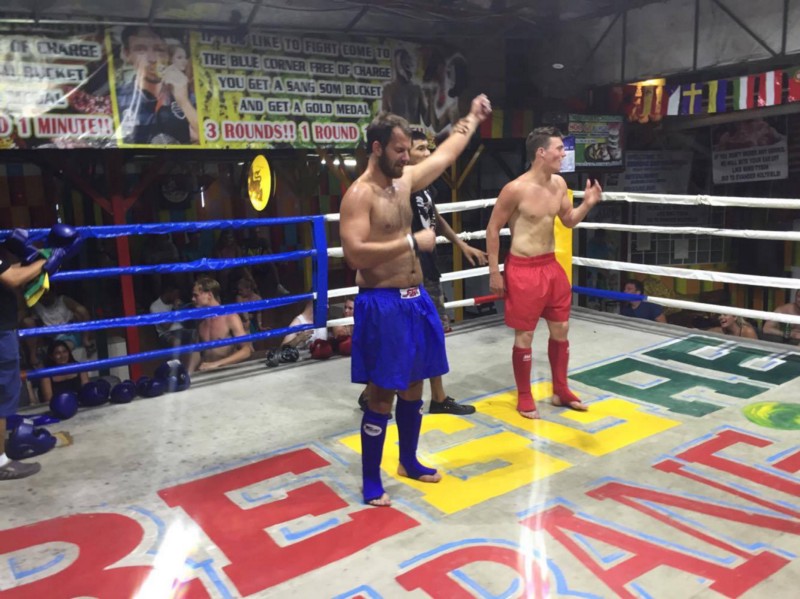 Wherever you go, sports serve as a unifying factor.

Three months ago, I embarked on a trip that was supposed to end a few days ago. I was meant to spend about one month backpacking through Europe with my family and two months solo in Southeast Asia, followed by graduate school to study business and sport management.

Alas, about five weeks into the trip, the rush of globetrotting hit me like a ton of bricks. I had experienced this freedom before — during a three month Euro trip two years prior — and this time I wasn’t prepared to let it go so easily.

It was this intoxicating feeling that prompted me to defer graduate school for at least a year and pursue an opportunity that affords me the privilege of traveling. For the better part of the next nine months, I will be working remote for The Growth of a Game, before joining the team full-time in the Spring at the Brussels office.

The more I travel, the more appreciation I have for sports. As I write this article, I am sitting in Vietnam, the 33rd country I have had the fortune to visit. Along the way, I’ve met individuals from every corner of the world, from Australia to Korea to Zimbabwe to Venezuela.

Each country certainly has its own distinct culture and I have had the chance to witness a lot of them firsthand. But what strikes me more than the different cuisines, languages and architecture is the universal adoration for sports.

Somewhere between playing soccer with English teenagers, winning my first (and only) Muay Thai bout in Thailand, watching an American football game on German soil and kicking a wicker ball around with locals in Myanmar, it all clicked for me. Sports are one of the few things in this world that transcend culture and unify us.

You and I could have completely different political views, but for two hours on the soccer field, we’re on the same team. Two people could be completely unable to communicate verbally, yet spend time playing catch. Thanks to sports, we can all be on the same team, with the same goal, regardless of race, religion, ethnicity or conviction. That is the power of sports.

I understand that, to some, sports seem like a waste of time. Over the course of a three hour football game, little is done to directly solve the world’s problems. If anything, the player’s lives could be harmed severely as recent studies have shown.

But, when you take a step back and look at the connections formed through sports and the lessons it teaches, I can’t think of a better way to pass time. Communities are formed. New friendships are made. Old friendships are strengthened. People learn about themselves, their limits and how to work with one another. So much is communicated through sports that cannot simply be spoken in a conference room or laboratory.

This is why I have joined The Growth of a Game. Our mission is to build communities throughout Europe around the game that we love: American football. We aim to give teams the tools and equipment they need to succeed, so that this great sport can continue to grow abroad. But overall, we just want to see more people playing.

Because, after all, what is life without play?