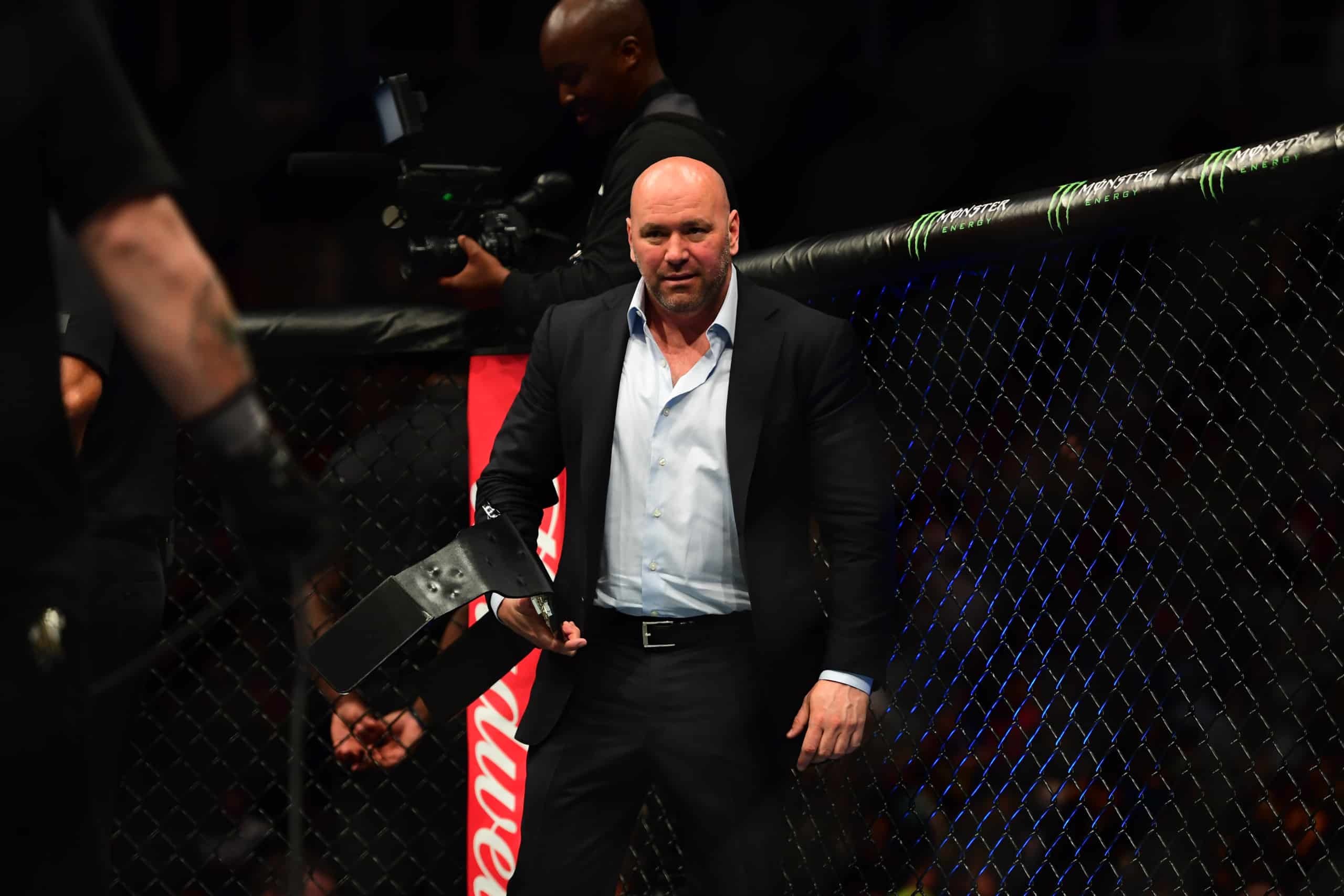 UFC president Dana White traded slaps with his wife on New Year’s Eve, heavyweight champ Francis Ngannou walked away from the promotion, and the debut of a controversial slap-fighting league was delayed.

For most sports execs, there’d be some kind of reckoning — especially when it comes to a physical altercation with a partner.

“Those inside knew nothing was going to happen,” one former UFC employee told Front Office Sports. “Dana is that powerful. In any other sport, a league president putting his hands on his wife would lead to immediate action. It’s sad and disgusting at the same time.”

FOS interviewed several former UFC employees over the last two weeks, all given anonymity over fears of retribution. Endeavor — UFC’s parent company which is headed by legendary agent Ari Emanuel — has not made a public statement about White since the video of the incident with his wife surfaced on TMZ on Jan. 2.

“He’s convinced Ari that he has the secret sauce,” another former employee said. “Endeavor thinks that there’s nobody but Dana who can run UFC.”

There are numerous reasons why White has been treated differently beyond Endeavor protecting its multibillion-dollar investment.

The optics of a slap-fighting league — where two competitors stand on opposite sides of a round table and wind up for open-palm blows — being led by somebody caught slapping his wife, for a normal figure, would be problematic.

But White, 53, faced zero professional consequences, outside of the uproar leading TBS to move the Power Slap debut back a week. That apparently wasn’t a decision mandated by Warner Bros. Discovery, which did not respond to questions about why the first episode didn’t debut until Wednesday.

“We pushed it back a week because I was supposed to come back to do a whole media tour,” White told reporters on Jan. 14.

Whited added that there was never a possibility that the series would get canceled.

The Rise of UFC

Back when White convinced his casino magnate buddies Lorenzo and Frank Fertitta to pay $2 million to acquire UFC in 2001, the promotion was hemorrhaging money. Founded in 1993, UFC began with no weight classes and few rules.

The barbaric display drew in a decent pay-per-view audience for the first few shows, but states lined up to ban the sport and, eventually, PPV providers refused to carry UFC.

Slowly, White led the professionalization of mixed martial arts with weight divisions like boxing. New rules were added. States slowly began to open up to MMA.

UFC started to become a PPV draw, but White needed to get UFC in front of a larger audience. Enter: “The Ultimate Fighter,” a series that caught the reality show craze at its nascent stage and ended with an event to crown the best up-and-coming fighter in the middleweight and light heavyweight divisions.

The show was a hit, and there have been a total of 30 seasons. That first season ended with the first non-PPV live fight broadcast in UFC’s history with a legendary bout between light heavyweights Forrest Griffin and Stephan Bonnar, a contest won by Griffin via decision.

The PPV that featured UFC Hall of Famers Chuck Liddell and Randy Couture — the opposing coaches in the first season of “The Ultimate Fighter” — generated the most buys in UFC history to that point.

White is using the same formula now with Power Slap. 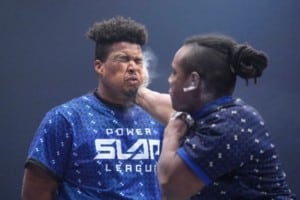 The show debuted as the 45th-most watch show on Wednesday.

Beyond the Fertittas, credit needs to be given to former matchmaker Joe Silva along with Marc Ratner, who was hired in 2006 as UFC’s VP of regulatory affairs after two decades at the Nevada Athletic Commission.

“Marc is that calm behind the storm,” former CEO Lorenzo Fertitta told Sports Illustrated. “I don’t know if we could have expanded the sport the way we did without him on the regulatory side.”

White, however, remained the frontman, and there was a darker side of the sport’s ascent. While strides have been made in fighter safety including weight cutting, fighter pay remains an issue.

“If you don’t like it, there’s a simple solution to this problem: Go start your own MMA organization,” White said in August. “No barrier to entry. Knock yourself out. Pay them whatever you want to pay ’em. It’s been done before. How’s it worked out for other guys? Not well. Mind your business.”

White has always protected UFC’s bottom line, but he’s not stingy in his personal life.

“Dana will tip a doorman of a hotel $1,000, but if anyone comes to his office and asks for a raise, that pisses him off,” one former UFC employee said. “It’s so bizarre. To Dana, money is love. It’s not seen as an instrument to buy goods or services. If you are asking for money, it means you don’t love him. It’s very primitive.”

The same employee said that White’s views are borderline progressive, which doesn’t seem to align with his affinity for former President Donald Trump and White’s appearances on Fox News. White spoke at both the 2016 and 2020 Republican Conventions, and donated $1 million toward Trump’s re-election effort.

“To Dana, that wasn’t political,” the former employee said. “Trump was good to him in the early years when Dana took over as president of the UFC. That’s what made Trump a good president in Dana’s eyes. Trump offered Dana a venue, the Taj Mahal in Atlantic City, when Dana needed it.” 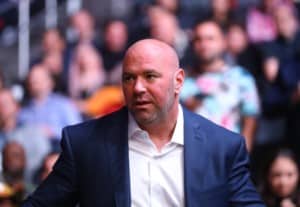 The One Side of White

There are different sides people show in public — especially high-profile people — that change when they aren’t in front of the cameras. Several former employees told FOS that’s not really the case with White.

“What you see up on stage is what he’s actually like in private,” a former employee said.

None of those interviewed by FOS ever saw White being violent to anyone, man or woman, in their presence.

“I was shocked that he hit her,” one former employee said of the New Year’s Eve incident. “I have never seen him be violent toward anybody.”

Added another former employee: “I was shocked. I never saw Dana conduct himself like that.”

Many of those same sources weren’t caught off guard by White’s response or the lack of one by Endeavor.

In his first news conference after the incident, White said his punishment is that he has “to walk around for however long I live … and this is how I am labeled now.”

San Francisco Giants CEO Larry Baer was suspended after a 2019 physical altercation with his wife. White said his own suspension would not only accomplish nothing, but would be a detriment to the organization.

“Me leaving hurts the company,” White said. “Hurts my employees. Hurts the fighters. Doesn’t hurt me. … Do I need to reflect? No, I don’t need to reflect.”

Endeavor was also not about to order White to undergo anger management. Why? He simply wouldn’t do it, according to one former employee.

“He’d never accept, let alone seek out, therapy,” the source said. “The only way he’d ever go to counseling would be if a judge ordered it.”

The source said White’s upbringing in South Boston had a lot to do with his independent streak.

“I came from a family with a single mom and my dad was an alcoholic and was never around, White said in a 2016 interview with Graham Bensinger. “You didn’t want him around [because] he was usually drunk. And then my mother. She worked a lot and wasn’t around, so me and my sister were home a lot. … One of the things I think about growing up alone is there’s a lot of stuff that you have to learn on your own.”

Endeavor purchased UFC in two chunks, taking a controlling interest in 2016 for $4 billion before buying out the rest in 2021. Endeavor also owns other sports properties, including the Professional Bull Riders series.

“In theory, Endeavor really only owns two tangible assets: UFC and PBR,” one former employee said. “You think they’d let the head of the PBR hit his wife — on video — and keep his position? Hell no. Compared to UFC, Endeavor makes nothing with PBR. It’s disappointing and sad at the same time.”

There’s also been silence from most of the fighters in UFC, both men and women who are under contract with the organization.

“It’s disappointing to not see any of the fighters speak out,” said Hannah Rose, who covers UFC for MMAPlay365. “But, really, nobody can say anything. Dana White has all the power with fighter pay and other things. They have their hands tied behind their backs.” 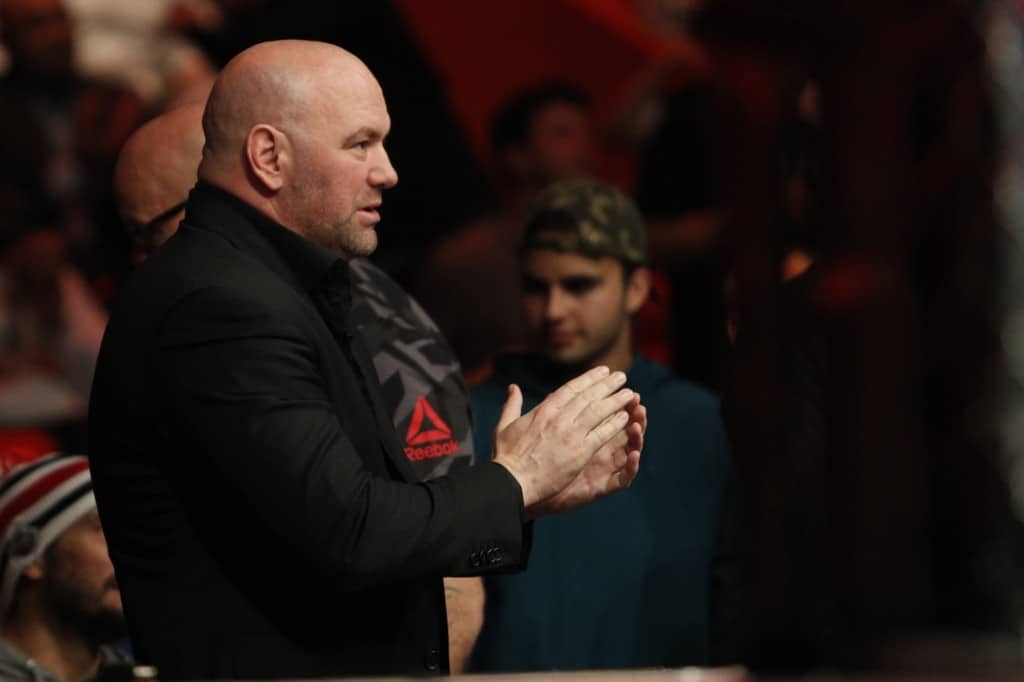 UFC produces its own shows for ESPN. 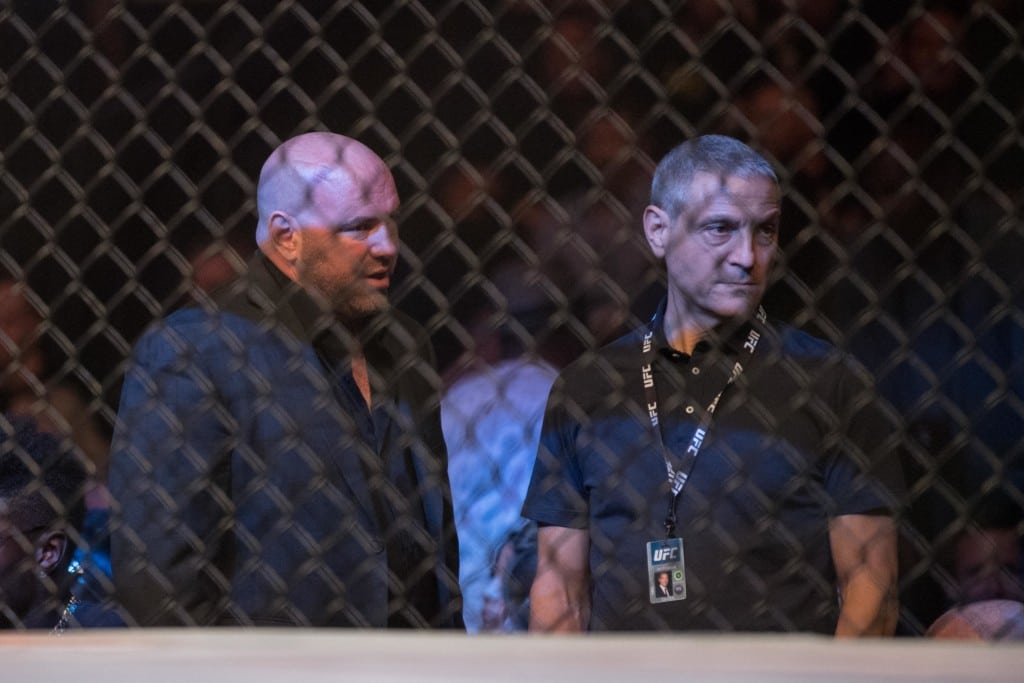 Vince McMahon has renewed speculation he may sell WWE. Maybe even to… 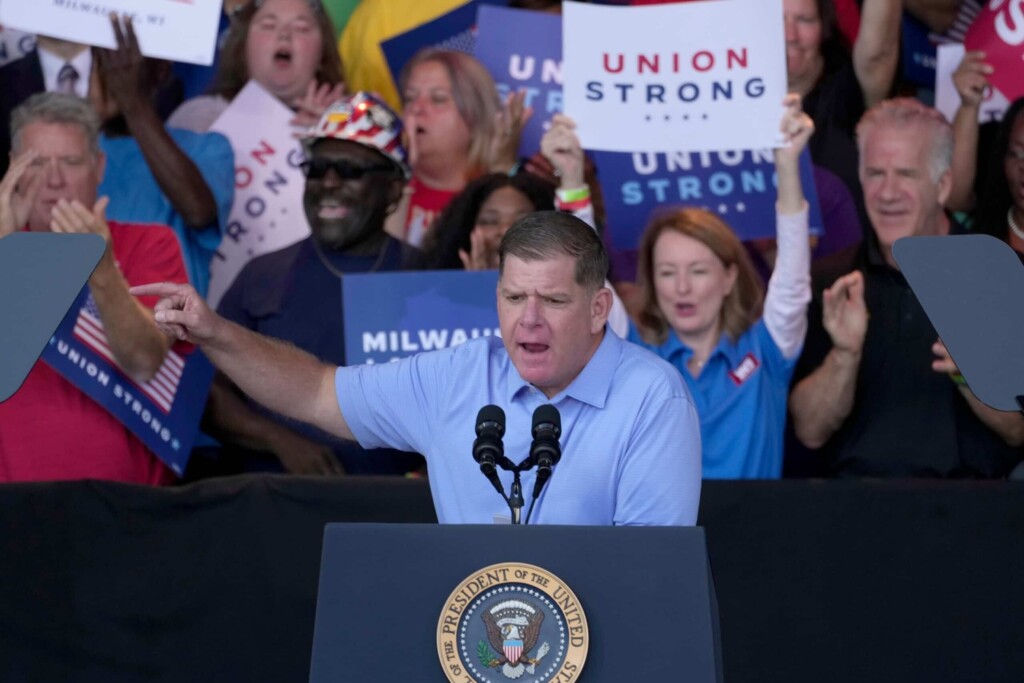 Marty Walsh Expected to Be Next NHLPA Executive Director

Walsh is currently in President Joe Biden's cabinet as Labor Secretary.
Sign up for our newsletter.
The influence of sports on business and culture.
See latest edition