They had spent the last 18 months or so traveling to campuses through Hilinski’s Hope Foundation — an effort started to honor their son Tyler, the former Washington State quarterback — and started a podcast hosted by sports psychologist Dr. Josie Nicholson called “Unit3d,” but with the onset of the COVID-19 pandemic in the United States, they needed a new gameplan. Tyler died by suicide in early 2018; he was posthumanously diagnosed with chronic traumatic encephalopathy, known as CTE.

His parents landed on “3Day,” which took place on Oct. 3, seeing teams honor those struggling with mental health by either wearing a helmet sticker with a lime green ribbon bearing the number three, Tyler’s number; holding up three fingers during the first play of the third quarter; or participating in an internal assessment to evaluate how their schools are following best practices in terms of mental health programs.

Then came College Football Mental Health Awareness Week, which kicked off on Oct. 5. The Hilinskis were familiar with sports events dedicated to certain causes, like cancer awareness, from when their kids were growing up. So they sent a letter to SEC athletic directors pitching the idea — their youngest son Ryan plays for South Carolina — hoping to get maybe five to 10 schools involved, and received engaged, detailed responses.

From there, the Hilinskis reached out to all athletic directors with a football team, but at the time — especially on the West Coast — a number of them were not planning to have a football season. Seventeen schools in total signed on for 2020, and many have committed to joining the effort next year.

“In the letter that we sent out to those guys, we wanted to make it very easy for them to participate, because I think you have to ‘crawl, walk, run,’ so to speak,” Mark said.

The evolution of the event will see it expand to all sports, Kym said.

“We focus on football because that’s what Tyler played, that’s what Ryan played and [oldest son] Kelly too, but we want to bring it to all the sports,” Kym said. “Mental health doesn’t just focus on football players, right? So every student athlete in every sport means so much to us. So yes, this is our inaugural event, but we’re going to take it to every single sport and take it to every single university and college that will join us. We’re not excluding anybody, for sure.”

As part of the week’s programming, the foundation is partnering with the Institute to Promote Athlete Health and Wellness and Prevention Strategies to offer a free livestream event on Oct. 6, open to schools interested in discussing mental health in collegiate athletics as well as learning about the latest resources developed in partnership with NCAA Sports Science Institute.

The week culminates on World Mental Health Day on Oct. 10.

Hilinski’s Hope has a number of corporate sponsors on board that help expand the foundation’s reach, and College Football Mental Health Awareness was “very close” to landing its own partner for this year, the Hilinskis said.

The inaugural edition’s funding came primarily from ESPN and Disney via their $100,000 contribution to the foundation when the Hilinski family won the Stuart Scott Enspire Award at the ESPYs in June. A portion of that funding also went to offering scholarships for 25 universities to bring Hilinski’s Hope programming — which is typically implemented for between $1 and $10,000 — to campus.

“Our hope is now that we have a product, we can bring it to universities through corporate sponsorships, through alumni contributions and through university partnerships,” Hilinski’s Hope Executive Advisor Dave Smith said. “We hope to be able to get over 100 universities over the course of the next couple years.”

“We don’t do a lot of partnerships, but I think in a national event like this, where you’re reaching so many people, there’s the opportunity to bring money and resources to bear on bringing this message even louder and longer to 2021 and on,” Mark said. “That was a little bit out of our reach this time around, but we’re excited to do that next year.”

Hilinski’s Hope was initially built around carrying out small gestures that have a big impact. The majority of funding in its first year came from individual donors sending in donations as small as $3, with Kym personally writing back and sending a wristband.

“In many cases it was actually costing us more than the actual contribution, but it was around building awareness and connection,” Smith said. 3Day, and efforts like holding up fingers during games or changing profile pictures on social media to highlight the cause, do the same.

“What we’ve learned is that it’s just an incredible way to start up a conversation around mental health, where people in the past have really shied away from talking about that — it’s an uncomfortable subject, right? It shouldn’t be that way,” Kym said. “It’s part of your health, right?”

“Those little gestures for awareness and stigma reduction matter just as much as spending a lot of money elsewhere. We all need the resources to help these universities staff properly, have the proper curriculums, have access to the latest research and so forth. And we’re doing that. That’s part of Hilinski’s Hope,” Mark said. “But this front end piece of stigma reduction and awareness building, sometimes the little gestures can really go a long way and everybody feels like they can participate and it doesn’t last long, and it doesn’t take much time or energy and certainly no money.” 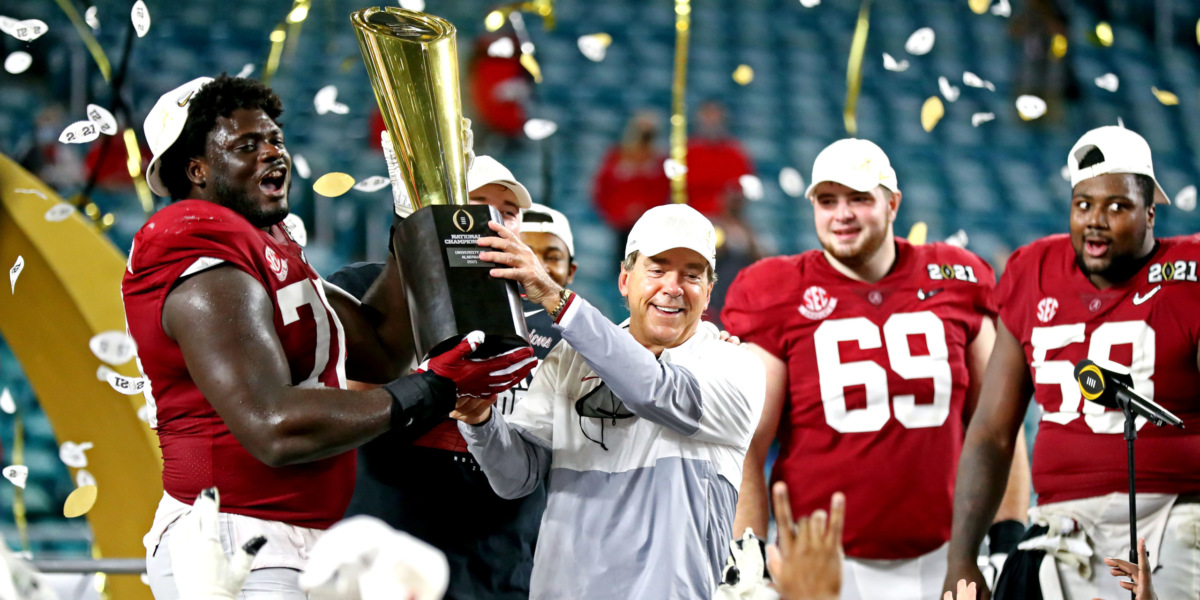 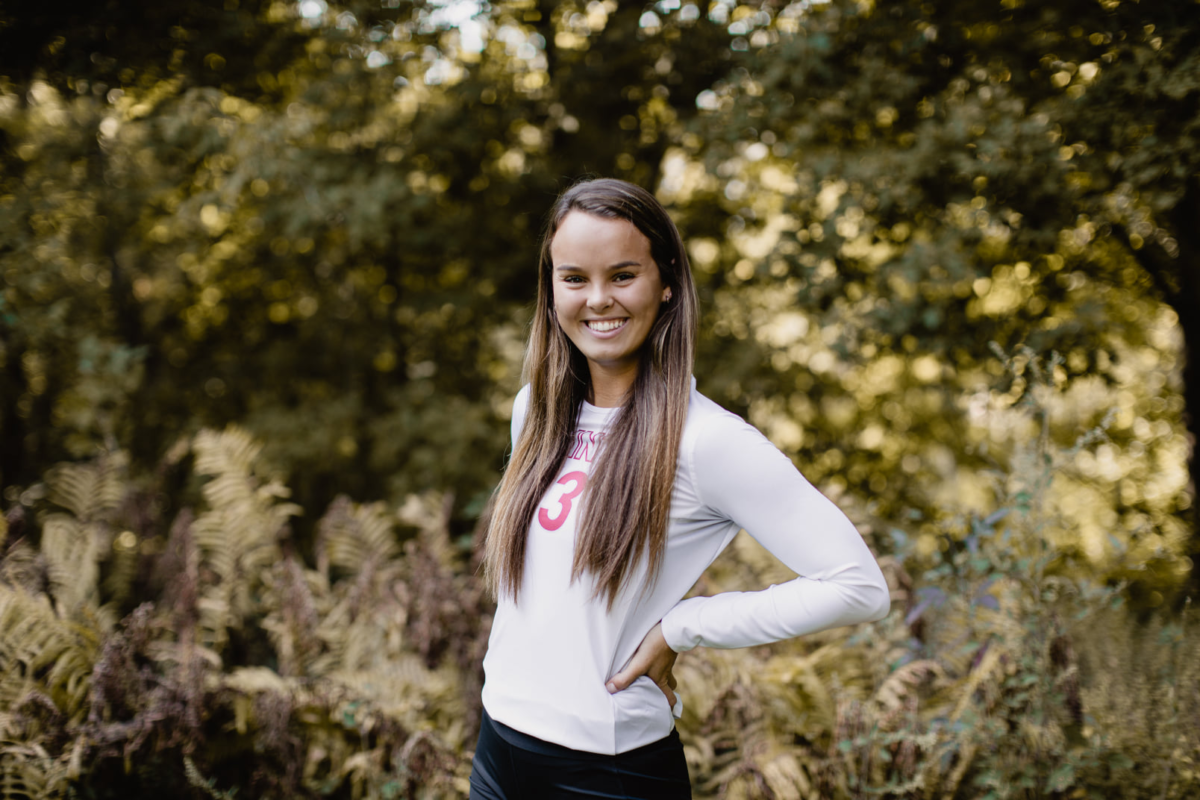 Chloe Mitchell, a volleyball player at Aquinas College, is projected to make between $15,000 and $20,000 in NIL earnings. 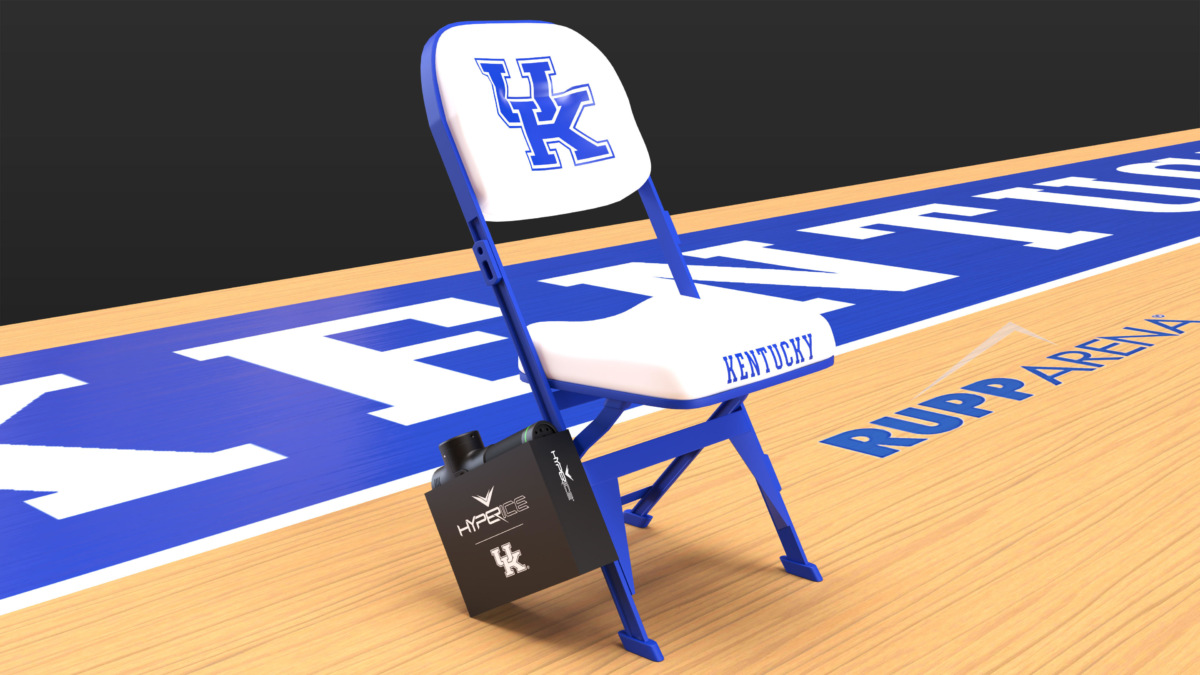