From Broadcaster to Assistant AD, How Andy McNamara Landed in Eugene, Oregon

Front Office Sports is thrilled to have had the opportunity to sit down with Andy McNamara and get his insights into the collegiate sports industry. Andy began his career at Maine with aspirations of being a famous sportscaster doing play-by-play. Andy’s aspirations took him all the way across the US where he landed in Portland, Oregon working for a local radio station calling high school football, while also finishing up school. As time progressed, Andy received an opportunity to call play-by-play for Portland’s indoor soccer team, and eventually would become the voice of the MLS’ Portland Timbers from 2001–2011. While calling matches at night for the Timbers, he spent his day-time working as an Assistant SID for the University of Oregon athletics department. Eventually, an even greater opportunity presented itself at Oregon where Andy now assumes his role as the Assistant Athletic Director for Athletic Communications. We were lucky enough to grab some insight on the ins-and-outs of sports broadcasting as well as the rigors of working at a major university like the University of Oregon.

Your resume boasts an extensive background in sport communication. Can you talk a little about your journey from a Maine graduate to Assistant AD at the University of Oregon?

When I started college at Maine, I had grand plans of becoming a sportscaster. I took some classes specific to broadcasting and really excelled in that area, much more so than in some of the general classes… My major starting out at Maine was broadcast journalism. While I was in school, I worked for the campus radio station and did play by play for basketball, football, and ice hockey. That was my training ground for play by play. Before I left Maine, I ended up becoming the sports director of the station and would assign people to various events while also doing play by play. At Maine, hockey was our version of football, we won a national championship toward the end of my tenure. It was a great experience to be able to hone my skills from an announcing standpoint but to also be involved in a bigger media operation.

During school, I had a chance to get a job working with a radio station just outside of Portland, Oregon doing high school play by play. I took the position and was able to complete my degree out there as well. At that time I was doing some public address announcing work at Portland State University for various sports. I got to know some people there, which led to an opportunity to intern with a professional indoor soccer team holding some announcing responsibilities and also the communication/PR responsibility. I really enjoyed my time there and the experience I gained. I got a good appreciation for sports PR and decided to look at it a little more closely in conjunction with broadcasting. I was able to meet a lot of people and make a lot of contacts while continuing to grow professionally. The indoor team ended up going belly-up but it led to the opportunity to call some outdoor soccer games (US games, world cup qualifiers).

It was really an incredible experience for someone starting out their sports career. This experience led to an opportunity with the Portland Timbers in the early 2000s. I was the voice of the Timbers from 2001–2011. In the meantime I took a job at Portland State as an Assistant Communications Director. Following this, the Assistant SID job came open at Oregon in 2005, which also allowed me to do the Timbers work on the side. Finally it got to the point where I had the opportunity to take on more responsibilities at Oregon when the Assistant Athletics Director position opened. I made the decision to commit all my time to Oregon and haven’t regretted it since. I was very fortunate the whole time during my early career to be able to balance [announcing] out with my current full-time jobs.

How have you been able to manage holding your position at Oregon as well as other announcing/analyst roles? How can students get practical now to develop time management skills?

That is a great question and I don’t know that there is a perfect answer for it. I think that is something people have to figure out for themselves. I would say, first off, don’t be afraid to take on challenges. In my personal experience having to balance the two jobs, it was very difficult and time consuming but I was willing to do it. That is the key. I enjoyed doing both jobs and because of that it was no sweat for me. I was somebody that had an opportunity to do multiple things that I really liked and was passionate about. If both of those jobs would not have been enjoyable I think there would have been issues and I would have had to ditch one of them long ago. It really is just a balance. You don’t want to take on too much because it is unmanageable and your work will suffer, which doesn’t help you. Don’t be afraid to look around and take on challenges that might seem a little bigger than you’re used to handling, but don’t over-extend yourself.

Sports broadcasting is so much more than the final product seen on television or heard on the radio. Can you talk a little bit about what skills really make a successful play-by-play announcer/analyst?

Preparation is number one, the best broadcasters are the most prepared. Those announcers have the rosters down, they have the pronunciations down, they know the starting lineups. They are able to really give the impression and convey to the audience that they know what is going on. In broadcasting, preparation is essential and you cannot [prepare] enough. It’s also important to have a thick skin. Not everyone is going to like your style or voice, etc., but you can’t let these people bother you.

That’s not to say that you shouldn’t constantly review your own performance and seek constructive criticism — which will make you better. Luckily, I didn’t here too much negativity when I was calling the Timbers, but in any event you just have to let it roll off your back. If you worry about that and let it get to you then I don’t think you can do as good of a job. You’re not going to please everybody and if you try to do that, that’s when your performance will suffer. Last, the best broadcasters support one another and are happy to provide guidance to people just starting out in the field.

You oversee communication initiatives for 20 intercollegiate athletic programs, what is your secret to successfully managing each and every one of those?

It really is the people that you hire to be the points on all of those different sports programs. The tricky thing with collegiate athletics is when one sport ends, another one starts, and there is a lot of overlap. You must have people you trust to do the job. I feel very fortunate that I have been able to hire people that are really professional in what they do. Not all of them had big time experience before they came here, but we were able to identify traits during the interview process that helped us to put together a really good staff.

Have you had a mentor throughout your career? If so, what can you say about having a career mentor.

In college, my advisor at the time was someone who gave me good advice that went against the grain in terms of leaving school without my degree to pursue some experience in the real world. I wonder if he hadn’t pushed me in that direction if things might have turned out a little bit differently. When I got my start as a young broadcaster, there was a gentleman (Bob Akamian) who was the play by play announcer for the indoor soccer team. He helped me a great amount. He was a professional and had a lot more experience than someone like myself.

I learned a lot from him in terms of how to approach broadcasting and how to prepare. I was able to pick up things along the way from other announcers. Dave Johnson, who was the play by play announcer for the Washington Wizards and also the soccer announcer for DC United, was also someone who I admired and helped me a great deal. He would listen to my broadcasts and break down areas that he thought I needed improvement. He really helped me to learn the game. The terminology of soccer can be really confusing… He ended up being of tremendous help to me, which ultimately helped me land the Timbers’ job.

Are their any specific books you’ve read that helped to mold your career? Or anything specific you subscribe to in order to receive really beneficial information?

I probably read for pleasure more than I read for advice. However, I do think there is value in whatever you’re reading because it helps to keep your mind sharp. In terms of books that might be career specific, the “One-Minute Manager” is a tried and true classic for people in management positions. It’s also the type of resource that you can quickly reread anytime you need a refresher. Guy Kawasaki is an author I read early in my career to learn more from a marketing and branding perspective.

Parting Wisdom: If you had one piece of advice to give a group of students/young professionals, what would that be?

Do something that you love to do. Life is too short to have a career you hate. Whatever path you choose, make sure you enjoy it. You’ll do a better job and you’ll be a healthier person as a result. If you can find a job where you never once look at the clock hoping to see the minutes tick away, then you’ve found a career that’s good for you. Make this your goal. And if you find yourself in a job that isn’t enjoyable then you should find something else to do.

Front Office Sports would like to thank Andy for sharing some of his time to talk about sports broadcasting, mentorship, and time management in a collegiate athletics leadership role!

If you want to connect with Andy, follow him on Twitter here, and connect on LinkedIn here. 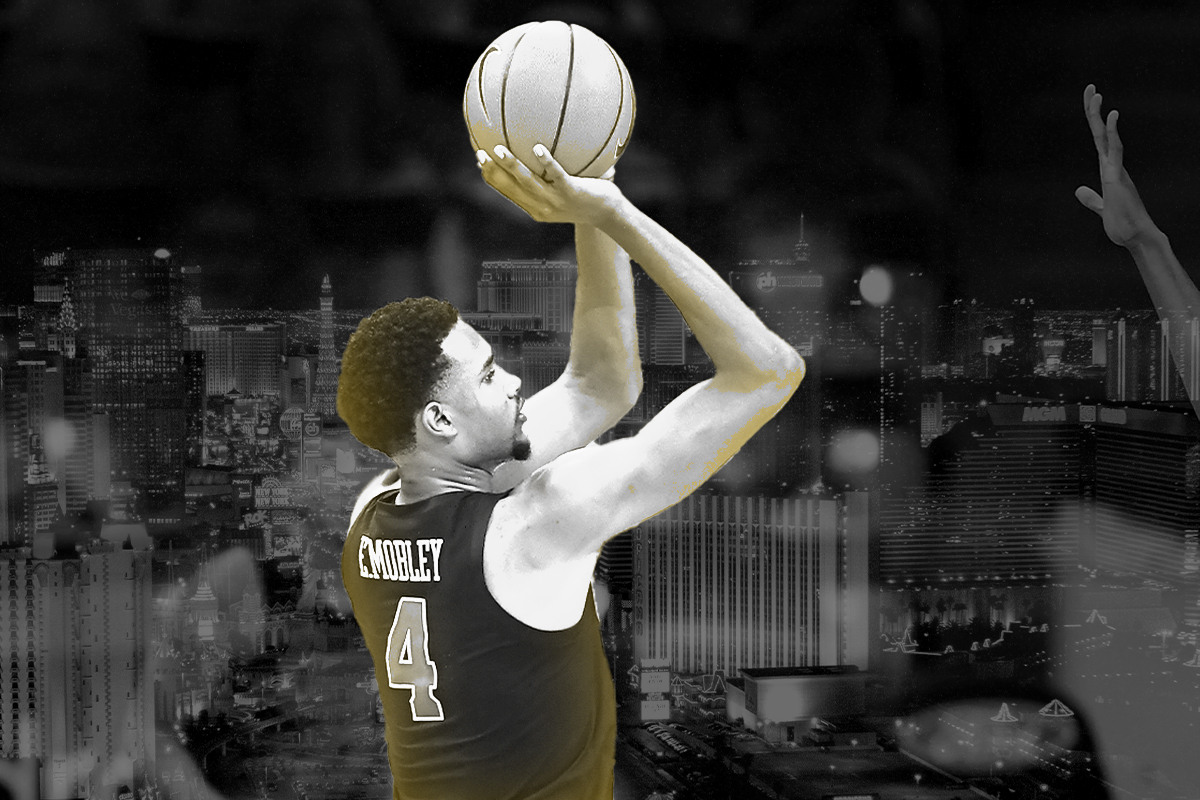 Las Vegas will host 10 conference tournaments for D-I men’s and women’s basketball. It’s been a destination for these events in years past — but the pandemic has made it […] 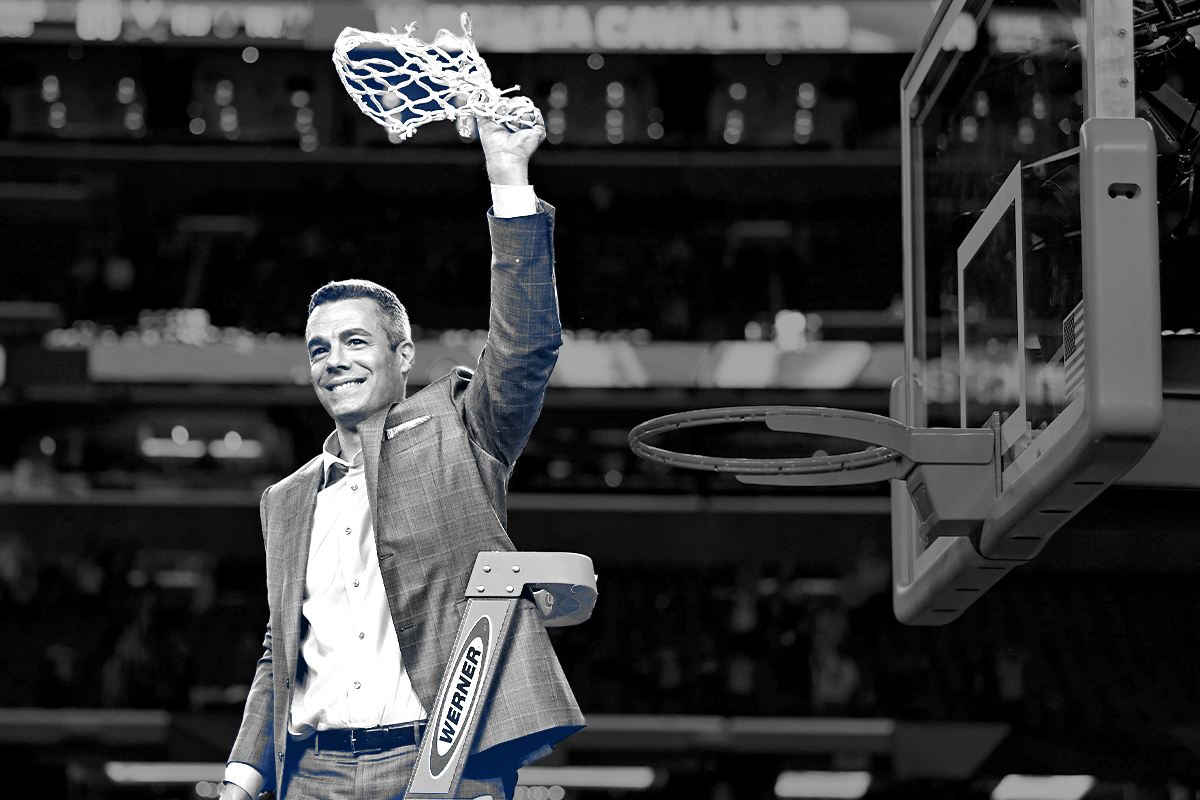 The NCAA plans to send $613 million of revenue largely derived from March Madness to D-I schools this year, according to records released last week. But there’s a catch: The […]

Yet another federal bill concerning the rights of college athletes to profit from their name, image, and likeness was introduced.