As Fresh n’ Lean looked to bite off a chunk of the more than $5 billion prepared meal delivery service market, it has looked to a new avenue to reach customers: sports.

“We’re a direct-to-consumer healthy meal service that holds the belief that food is fuel,” Fresh n’ Lean Co-Chief Executive Officer Thomas Asseo said. “Like anything, high quality fuel will get the most out of a machine, like a human body. What better than to partner with high-level athletes?”

Ready-to-eat kit delivery companies like Fresh n’ Lean and Trifecta hope to capture a significant chunk of that market that is filled with consumers who don’t normally cook and are looking for a healthy meal without the time commitment of preparation. To achieve that, they’re spending marketing dollars in the sports industry, targeting fans, athletes, and weekend warriors.

They have also looked to differentiate themselves from competitors like Blue Apron and Hello Fresh, which grew their subscriber numbers with massive initial ad spending but have scaled back in recent years. Blue Apron, for instance, pulled back marketing spending last year to $12.1 million, down from more than $20 million in 2019. Its fourth quarter revenues fell 33%.

For Anaheim-based Fresh n’ Lean, differentiation meant a partnership with the Anaheim Ducks, with the company becoming the team’s official prepared meal partner last month. The company also will be the presenting sponsor of the Ducks Training Camp and featured on the Zamboni next season. A partnership with a professional sports team was a goal of Fresh n’ Lean, but until recently was out of reach as a bootstrapped garage operation. Since launching, Asseo said they relied on guerrilla marketing and strong SEO practices.

“It was making sure as people in our space like HelloFresh spent money and brought legitimacy that we were cleverly positioned so consumers would find us if they did research,” Asseo said. “Growth has been 100% or better year-over-year for five years, at first it was modest, but pretty soon that adds up to be pretty significant.”

Blue Apron and HelloFresh have helped normalize the industry by flooding the market with ads and promotional offers. Those kits, which require cooking, struggle with customer retention. Reports suggest 80% of HelloFresh consumers cancel within the first six months and 77% of Blue Apron’s customers cancel each year.

Both Asseo and Trifecta CEO Greg Connolly said the sales are largely driven by the 25- to 45-year-old crowd, with a focus on their career and athletic endeavors outside the office. To better reach those consumers, partnerships with athletes and sports organizations started to be an important play to grow the companies. 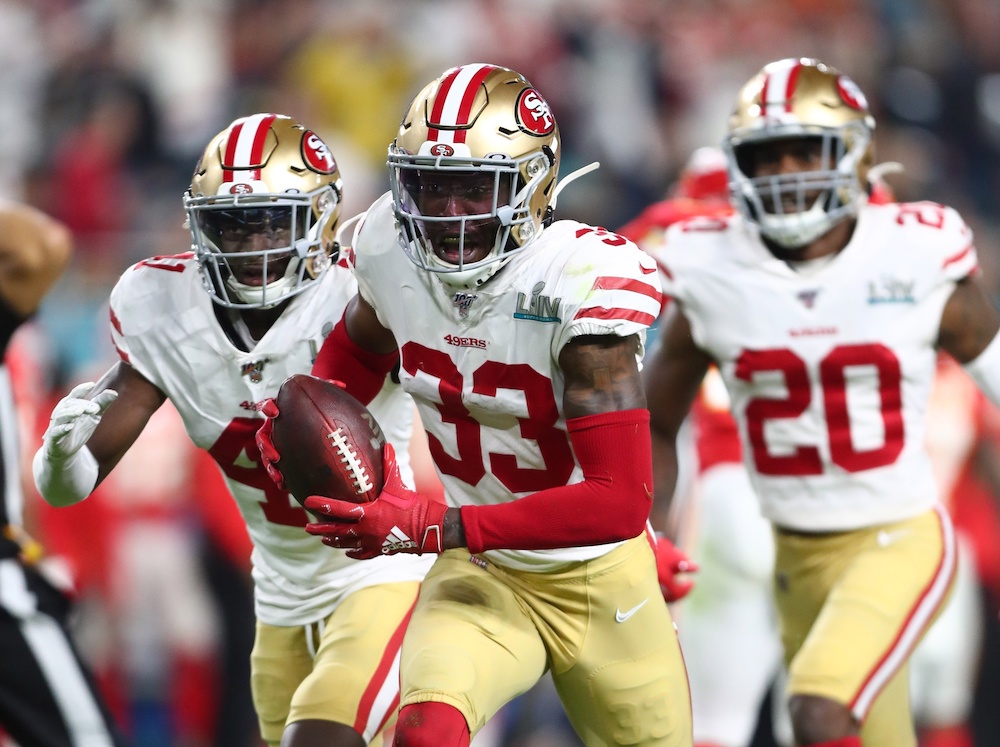 Men’s grooming company Manscaped made waves in June when it entered a partnership with the San Francisco 49ers as the team’s “official below the waist grooming partner.”  It wasn’t the […]

At the moment, approximately 12% of Fresh n’ Lean’s marketing dollars are funneled toward sports, but Asseo said that could shift to more in the future. Fresh n’ Lean has experienced a boost during the pandemic, possibly as much as a 15% increase in sales, Asseo said.

Trifecta, which grew its revenue 218% year-over-year in 2019, spends approximately 19% of its marketing budget on sponsorships. During the pandemic, Trifecta has experienced a 25% jump in new sales.

Trifecta’s most prominent partnership is with the UFC. The company’s head culinary chef has traveled worldwide with the UFC the past two years, preparing fight week meals for 95% of the organization’s fighters. Trifecta even sent a kitchen crew to Fight Island in Abu Dhabi last month. In the past two years, Connolly said the Trifecta Fight Prep program has helped reduce missed weigh-ins by 50%.

Trifecta’s UFC deal is reportedly $10 million for five years, with an additional five-year option. Beyond fight week, Trifecta has been integrated into the nutritional program at the UFC Performance Institute.

“With the offering of this program, athletes, should they choose to participate, will have access to culinary chefs and sports dietitians who can offer the highest-quality, individualized nutritional support and meal planning for the fighters,” said James Kimball, UFC Performance Institute vice president of operations. “Proper nutrition and meal prep are critical elements that help each UFC athlete compete in the Octagon at an optimized level.”

Fresh n’ Lean’s push into the NHL represents another major step. Like Trifecta and UFC, the company will provide the Ducks with ready-to-eat meals tailored for hockey nutrition.

“We have to move things forward and that involves taking some chances,” Asseo said. “We want our relationship to be substantial, it’s not as meaningful if we just have athletes and teams display a logo. It’s definitely a leap, but one we feel good about and researched and we feel confident they’ll give us our investment worth.

“My hope is we continue down the path and get involved with major sports teams,” he said.