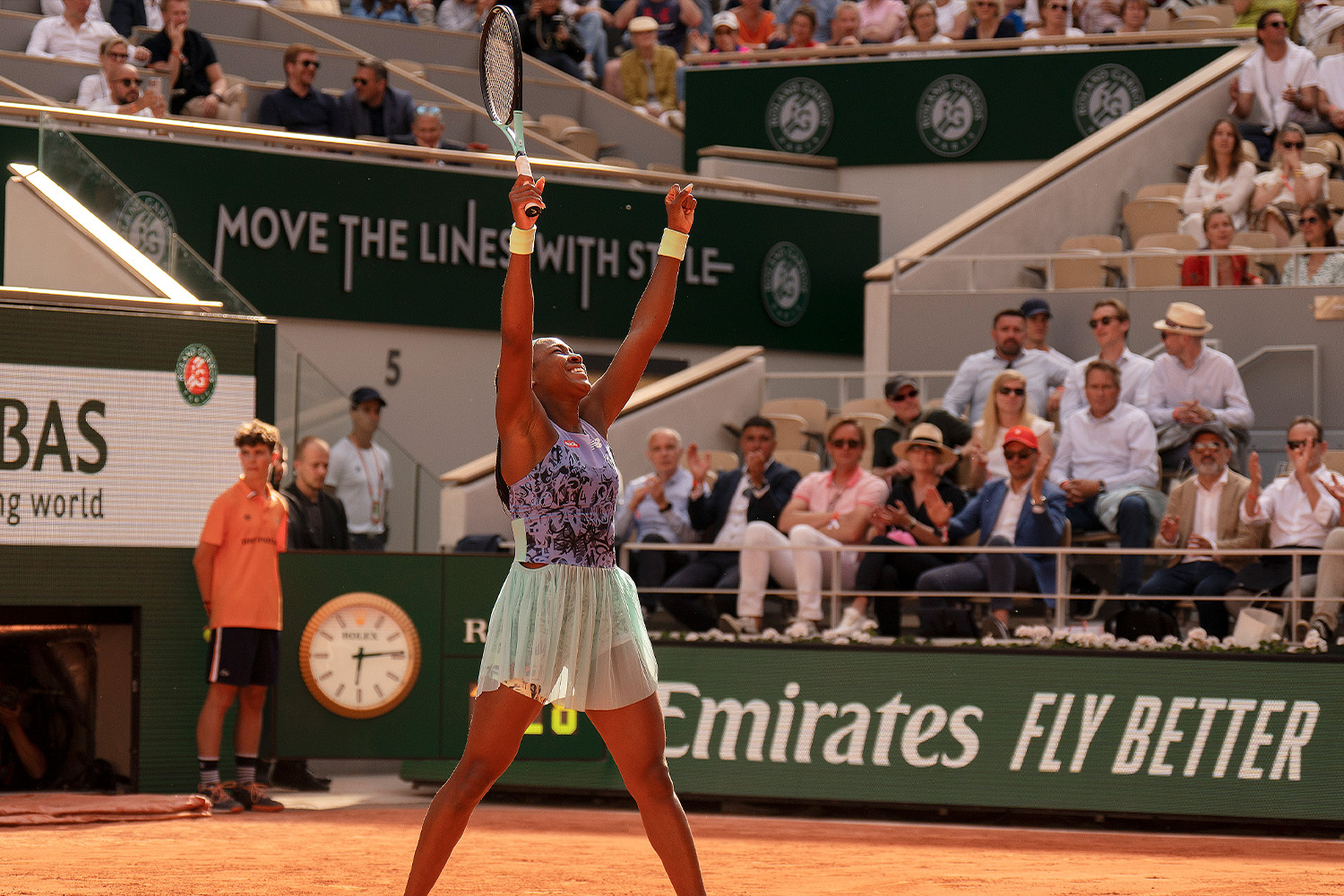 Fifty years ago today, President Richard Nixon signed Title IX into law. It prevented any educational institution that receives federal funds from discrimination “on the basis of sex.” The law had broad applications — it governs sexual assault cases on college campuses, for example.

But it also changed the sports world forever.

Title IX forced schools to give female athletes access to sports, creating the most robust pipeline for women’s sports in the world. It was fought at every turn, from legislators to the NCAA itself.

But Title IX survived, and since 1972 has allowed hundreds of thousands of women the opportunity not just to play sports, but also to gain the skills and opportunities sports provide. Think college scholarships, leadership skills, team-building attributes. All of the reasons your parents put you in Little League as a kid, or AYSO Soccer.

But while the gains made have been enormous, opportunities for women in sports are hardly equal. And fundamental women’s rights are again under attack.

“I would argue that there are a lot of things happening right now, in terms of systemic and cultural challenges to the gains women have made, that make this anniversary more of a warning signal than a celebratory opportunity,” Nicole LaVoi, the Director of the Tucker Center for Research on Girls and Women in Sport, told Front Office Sports.

It only applies to educational institutions. That excludes not just professional sports, but even some aspects of the amateur sports world.

Even the NCAA is not itself legally subject to Title IX. When vast inequities between the men’s and women’s basketball championships run by the NCAA were exposed, for example, there were no legal teeth to punish it.

Experts said that’s one of the main misconceptions about Title IX. “I think to some extent we are pinning a lot [on Title IX], and hoping that Title IX carries a lot more water than it can carry,” Dionne Koller, the director of the University of Baltimore’s Center for Sport and the Law, told FOS.

LaVoi noted two other misconceptions: that Title IX is “only a sports law,” and that the country doesn’t need the law anymore to ensure equal participation in sports.

Another, LaVoi said, was that resources put toward women’s sports would kill men’s sports. That was a major narrative pushed for years, and to some extent still exists.

Right now, for example, many argue schools can’t pay football and men’s basketball players salaries because they have to fund women’s sports for Title IX — even though the law applies no matter how much money a school makes or loses.

Title IX has allowed the exponential increase of female athletes in high school and college sports.

But the gaps haven’t closed completely.

There are racial disparities, too: 30% of all athletes at the collegiate level are white women — while only 14% are BIPOC women.

Participation isn’t the only area where equity in sports falls short. Resources and funding still don’t match up — just look at the latest investigative report from USA Today.

The Future For Women’s Sports

The next 50 years of Title IX will likely bring even more growth to women’s sports — but there are major concerns on the horizon.

For one, Title IX isn’t always fully enforced. And the enforcement mechanisms are often unsuccessful.

Also, sports participation is even more unequal beyond U.S. borders. Sarah Hillyer, the director for the Center for Sport, Peace, and Society at the University of Tennessee, told FOS: “The U.S. has the moral responsibility to work with women in other nations who are working so hard to have their own Title IX-like moments.”

But even in the U.S., basic women’s rights are again under fire, experts agree.

Transgender women and girls are under attack in particular. Everyone from state legislators to sports governing bodies are attempting to prohibit them from playing sports — and in some cases are already succeeding.

The Supreme Court might overturn Roe v. Wade. The right to choose is a necessity in order for women to excel in athletics — just ask the 500 current and former athletes who submitted a brief in the case that may overturn it.

If Roe v. Wade is struck down, Title IX itself could be on the chopping block.

“If our basic human rights get undermined, you know, what’s next?” LaVoi said. “What’s a better way to marginalize and minimize women — is to take away their opportunity to play sports,” LaVoi said.

Front Office Sports is hosting a virtual summit today at 1 p.m. ET to commemorate the 50th anniversary of Title IX — and discuss how women’s sports can continue to grow in the future. Conversations will include some of the most influential female athletes and business leaders. Sign up now. 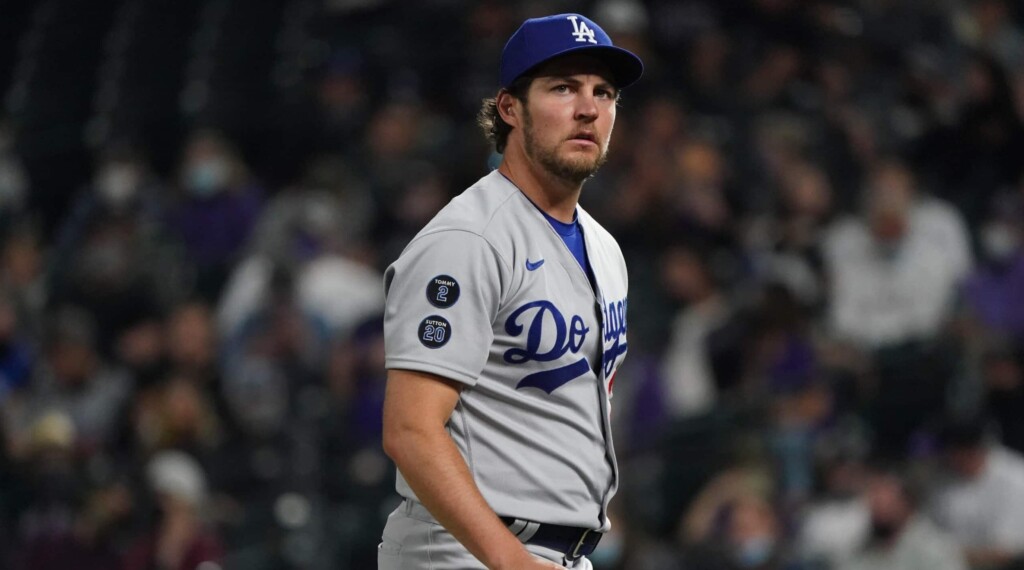 LIV Golf suffers setback in battle against the PGA Tour. 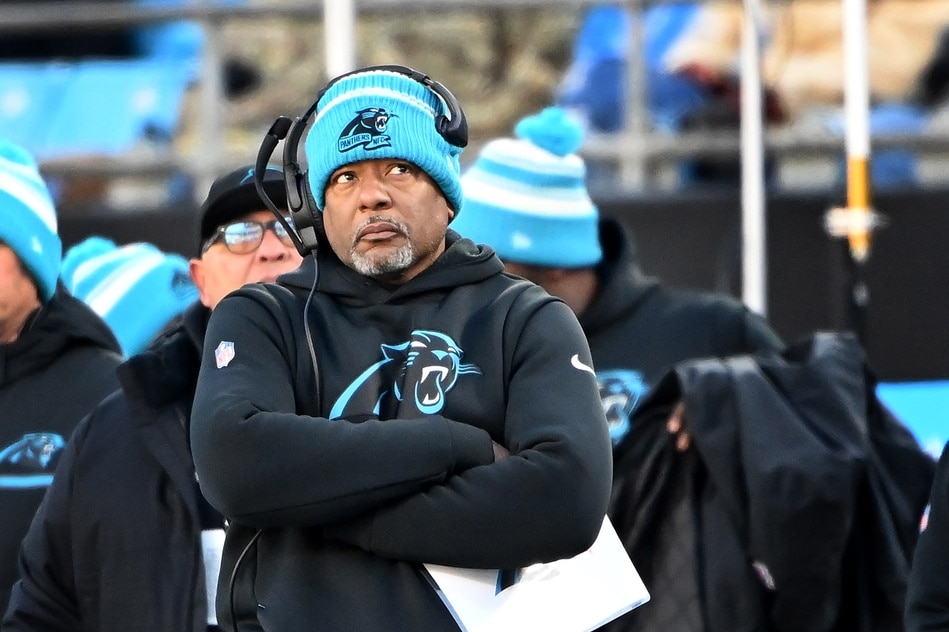 Attorneys for Steve Wilks ‘Shocked and Disturbed’ by Panthers' Hire

Steve Wilks went 6-6 after for a Panthers team that started 1-4.
Sign up for our newsletter.
The influence of sports on business and culture.
See latest edition