Athletes have long been connected to marijuana – often maliciously or negatively.

Now as the CBD and marijuana industries are evolving, both current and former professional athletes are becoming some of the most influential voices helping to change the perception around the products.

Perhaps the most vocal and successful marijuana entrepreneur athlete thus far is former NBA forward Al Harrington, whose company Viola recently closed on a $16 million funding round, led by Gotham Green Partners. Before the most recent round of funding, Viola raised $15 million to grow its footprint, which includes operations in California, Colorado, Oregon and Michigan – with plans to expand in Maryland, Nevada, and Arizona next year.

While Harrington got into the business to help his grandmother, a glaucoma sufferer, he noted that marijuana is a safer way to medicate for pain relief and relaxation following athletic competitions. This summer, Harrington spoke at length about his experiences with marijuana and the cannabinoid business at an NBA Alumni Association event in Las Vegas.

“It’s one of those things we need to continue to educate and tell our stories,” Harrington said.

Harrington, though, is far from the only athlete venturing into the cannabis and CBD industry, in part because there’s an untold upside of earning potential. According to Brightfield Group, the U.S. cannabis market is expected to reach $22.7 billion in sales by 2023, with recreational sales making up $17 billion. Likewise, the CBD market is expected to hit $23.7 billion the same year – up from this year’s projected $5 billion. With so much room to grow and purported benefits to athletes, it makes plenty of sense why so many are jumping in headfirst.

Aside from Harrington, other athletes who have entered the cannabis industry include Joe Montana, Ricky Williams, John Salley, Tiki Barber, Paul Pierce, Rob Gronkowski, and Calvin Johnson. There’s also the nonprofit Athletes for CARE, co-founded by several former athletes and boasting an ambassador roster of more than 90 athletes. Athletes for CARE is meant to promote education, research, and compassion around the cannabinoid industry.

Williams, who had a tumultuous relationship with marijuana during his NFL career, founded Real Wellness, with a line of cannabis-infused products.

For former players, this isn’t a business venture aiming to just make money; many see it as a way to help reduce health issues from their playing days.

Take the NHL Alumni Association’s partnership with Canopy Growth for a clinical research study of cannabinoids as an efficient piece in post-concussion treatment.

According to the NHLAA, between 1.6 and 3.8 million athletes a year suffer from a concussion, and 15% develop chronic issues from the concussion. The study, which started this summer, includes approximately 100 former players.

“NHL alumni gave everything they had during their careers, but the physical consequences after they hang up their skates can be devastating for both players and their loved ones for the rest of their lives,” said Glenn Healy, Executive Director of the NHLAA. “This study offers alumni the promise of help and hope, and we are excited to participate in what could become a true game-changer in allowing these professional athletes to finish strong.”

CBD is less controversial than cannabis, as it doesn’t contain THC, but has many of the same benefits. And athletes are realizing the opportunities in the CBD industry as well, which along with the potential growth noted also has already grown 706% since 2018, according to Brightfield Group. 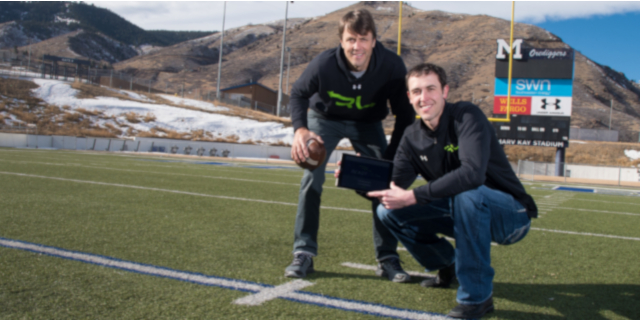 After years on the sidelines in retirement, the Pro Bowl quarterback has entered business world by co-founding ReadyList Sports.

There are plenty of claims of CBD’s benefits and science too, but the exact cause of the benefits for issues like pain and anxiety are yet to fully be understood.

“Large numbers of people are seeing anecdotal benefits, so there’s something there,” chemist and Werc Shop CEO Jeffrey Raber told Wired in a story titled, “Lots of Athletes Say CBD is a Better Painkiller. Is It?”. “I don’t think we’re very close to having figured it out yet.”

Beam is a surging CBD company co-founded by former Minor League Baseball player Kevin Moran and NHL player Matt Lombardi. The pair met while athletes at Boston College and came to CBD through different routes and came together to create a product aligned with their values. Now it’s about education.

“Having been athletes, we were hesitant and anytime we try to work with new athletes, there’s a lot of hesitancy,” Lombardi said. “One of the reasons we’re putting our athletic hats on, as a consumer it’s an intimidating product give the grayness and the wild wild west feeling. We want to make it more friendly and approachable.”

Lombardi said he sees CBD getting to the point as an accepted lifestyle supplement, like collagen and fish oil. Beam started with a topical ointment and has since expanded to oils and protein bars.

“Over time, we see, as it goes more mainstream, more seamless ways for consumers to take it,” Lombardi said. “Beam is focused on how to deliver in people’s lives in ways they’re already doing.”