The Oklahoma City Dodgers are the Triple-A affiliate of the Los Angeles MLB club of the same moniker. While the club has changed names and affiliations a few times, OKC baseball fans have been cheering them on for nearly 60 years. In 2019, they are still finding new ways to connect their fans with their trusted partners thanks to digital activations from SQWAD.

The Dodgers partnered with SQWAD this season using the Portland, Oregon-based tech company’s Mobile Scratchers activation. Through the team’s mobile app, each fan gets a digital scratch-off ticket that (if they are a winner) will reveal a prize when they swipe with their fingers. Fans were awarded a few different prizes which came from either the team or the sponsor of the activation.

The activation was sponsored by local company SunTech Heating and Air who provided winners with discounts on select services. The activation was put in place over five separate nights over the course of the season and generated 1500 total leads for SunTech. The sponsor’s reaction to the results of the activation has been incredibly positive through the first season.

“Obviously it’s not an immediate sale for our partner because it’s just the type of industry that they’re in. But long term, they will be able to see some new customers generated from the scratchers promotion,” says Nick Gates, Vice President of Corporate Partnerships with the Dodgers. “Overall, it [Mobile Scratchers] was great for brand awareness because we would promote it in the middle of the game and we’d promote it in between innings. We would have a PA announcement and a live video board broadcast encouraging our fans to participate in scratchers. Immediately following, we would see direct results from the people that were actually playing in-stadium.”

Consulting with SQWAD, who have pulled off similar activations with college and professional teams all over the world, on the implementation of this activation was ultimately to the benefit of the Dodgers. SQWAD CEO Nick Lawson worked alongside the team to determine the best ways and windows of time to pull fans in.

“We were obviously brand new to this and trying to figure out the best way to do it,” Gates says. “After the first few activations with SQWAD, I think we found the sweet spot of how it would work the best.”

The hardest part of any activation in Minor League Baseball is coordinating the logistics of giving away prizes and allowing fans to redeem them. Once that was determined by the team’s marketing department, there was nothing more to worry about.

Moving forward, the Dodgers are currently exploring more ways to improve the activation further as far as timing and prize options. Currently generating an average of 300 leads per activation, the activation is on pace to continue to be well worth the advertising spend for partners.

(SQWAD is a proud partner of Front Office Sports) 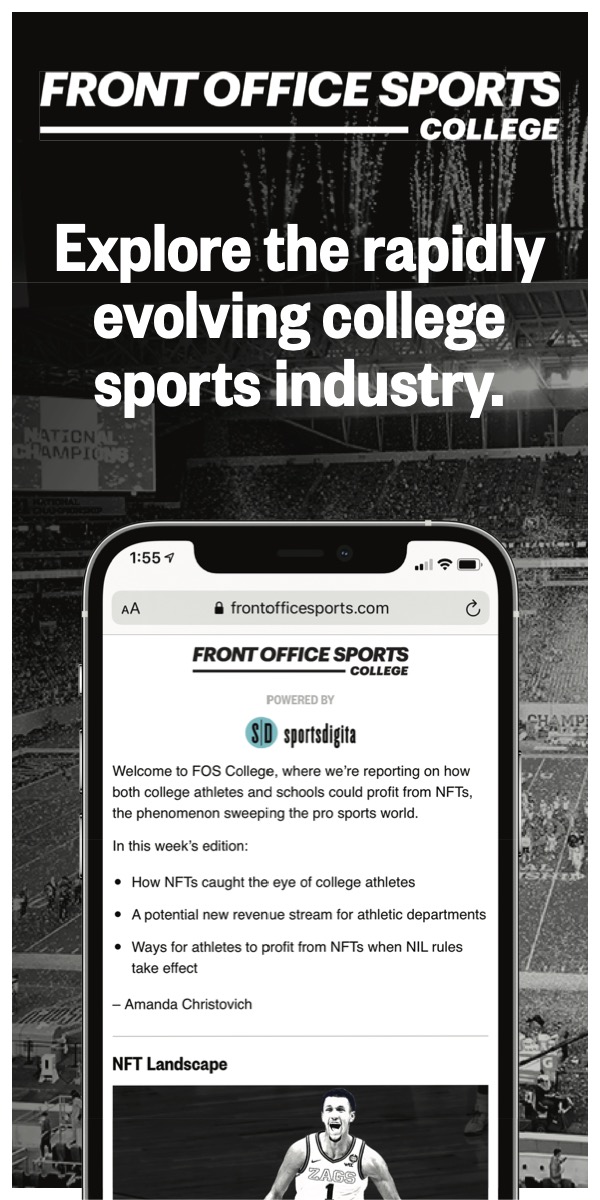