(UMass Amherst is a proud partner of Front Office Sports)

The question “So where do you want to work in sports?” is often answered by young sport fans and burgeoning sport management professionals with a common vision for future employment: being a general manager of a professional team.

As the calendar turns to 2020, the professional development environment surrounding this highly sought after and exclusive sport industry niche continues to evolve. The “GM track” remains elusive to define, with no one tried-and-true development template in place. The wide range of backgrounds of those currently entering this industry segment illustrate the broad and myriad demands of the job, and are indicative of shifting market dynamics that have reshaped the functional skills needed by those hoping to achieve sustained success.

One such market dynamic is an across the board increase in the emphasis placed on analytics, big data, and computer science functions. The unique nature of collective bargaining and the complex legal framework surrounding labor relations in professional sports presents a different skill set for industry entrants, and calls for a nuanced understanding of contracts and econometrics. The traditional scouting and player development differentiators created by the ‘Moneyball’ GM’s of the late 1990’s and early 2000’s are still important, but have become more commonplace.

As the focus shifts towards gaining competitive advantages through hard skills and quantitative analysis, many front office executives have noticed a void in qualified managers who possess soft skills and leadership acumen; traits such as emotional intelligence, empathy, and active listening, which are critical to cultural alignment and optimization of the insights big data provides, are difficult to measure and institutionalize. This balance of skills, traits and experiences is a challenging one for teams to model after, and recruit for.

Leading academic sport management programs have taken various approaches to training and developing the future leaders of front office general management. One program, the Mark H. McCormack Department of Sport Management at UMass Amherst, has cultivated a winning formula that seems to have consistently developed leaders in this elusive space, across the ‘Big 5’ North American sport league ecosystem.

Add to that list Koby Altman, currently the GM of the Cleveland Cavaliers, who leveraged an opportunity at USA Basketball provided through UMass’s graduate mentorship program to land a pro personnel job with the Cavs, and eventually ascend to GM just eight years after completing his masters degree. Altman had to blend the hard and soft skills described previously to navigate Lebron James’ exit to Los Angeles, the Kyrie Irving trade, and an ongoing rebuilding process.

Select UMass graduates shared how they differentiated themselves in pursuit of their ultimate vision of career success as a GM. Here are a few key insights they shared:

“When you start to plan your future with a goal of participating at the highest level in sports, whether as a professional athlete, coach or front office executive, you must have a solid educational background and real-world experiences to fall back on in pursuit of ultimate career success”, said Cleveland’s Altman. “As a graduate student at UMass, I was provided tremendous opportunities and access to distinguished alumni mentors, while being exposed to some of the most innovative academic courses in the country – courses that readily influenced my future, but also set the stage for aggressive growth in the competitive, ever-changing landscape of the NBA.”

Mark Scialabba, Assistant General Manager of Player Development for the Washington Nationals added, “Whenever I discuss the benefits and uniqueness of UMass’ MBA/MS dual-degree program I point to three basic themes; 1) The faculty which combine industry experience with dynamic teaching styles, 2) The academics which help students develop contemporary skills they can immediately apply to any sports management industry, and 3) The alumni which are second to none in their track record and willingness to connect and communicate with current students and other alumni.”

John Halas, a pro scout with the New York Knicks who hopes to ascend the GM ladder in the years to come, noted the importance of accelerating the learning curve during his time at UMass, and becoming more ‘game ready’ for the challenges of the industry: “The amount of practice reps I got at UMass made me ready to contribute when my number was called to be in the real game. Employers and organizations are seeking candidates that are ready to hit the ground running, and that’s exactly what UMass prepares you for. Mixing real world application with historical foundations in a variety of functions critical to the sports industry (Law, Finance, Marketing, etc.) drastically reduces the learning curve upon entering the field.” 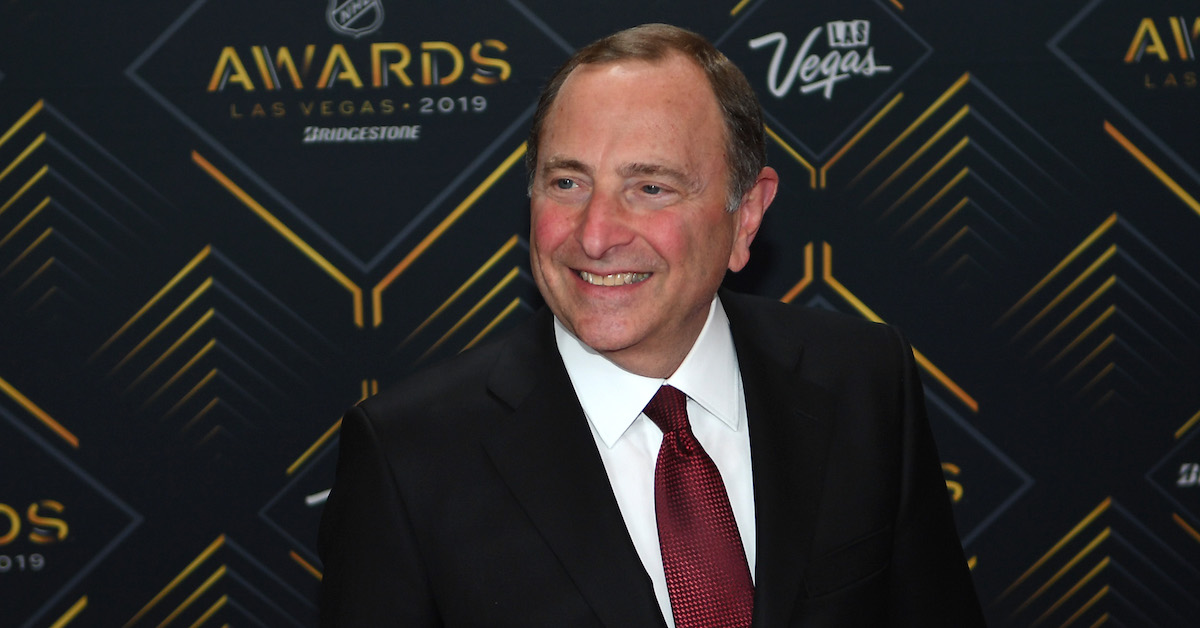 While in Las Vegas for its annual NHL Awards event celebrating last year’s top players, the league also took the time to examine its future, with a focus on advancing […]